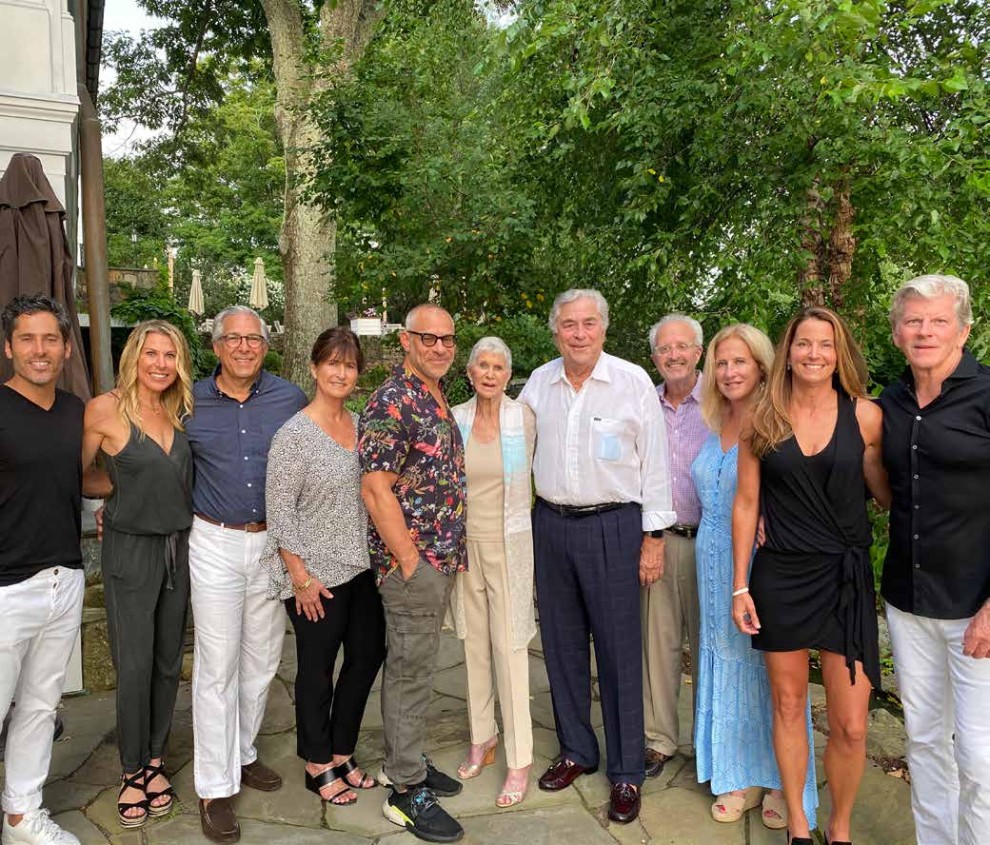 David Beckerman is keeping a close eye on the future of the Greater New Haven Jewish community.

And for that, the community has a lot to be thankful — because it is with the community’s future in mind that Beckerman and his wife RuthAnn recently announced the establishment of the $2 million Beckerman Family PACE Challenge.

“The Beckerman PACE Challenge reflects the visionary commitment to the Jewish Community of Greater New Haven by Ruthann and David Beckerman,” says Gerry Barker, president of the Jewish Federation of Greater New Haven. “The idea that we all can make a perpetual donation to forever help people in need, is a wonderful gift in itself. Adding to this the opportunity to match the gift of $2,000,000 is simply exciting!"

It was the perpetuation of the New Haven Jewish community that David Beckerman, one of the area’s foremost philanthropists, was thinking of when, several years ago, he established Community One — an annual fundraising event that ran for seven years, with half the proceeds going to various organizations for their operations and half going towards their endowment funds.

“That’s basically what PACE is,” says Beckerman. “When I was running Community One, I took a page from my friends in Cleveland who have raised over $50 million in PACE funds over the years. PACE is insurance for the community. Without it, the future of the community promises to be very, very challenging.”

Ultimately, it was the Beckermans who brought the idea of PACE to the Jewish Community Foundation of Greater New Haven.

“David and RuthAnn Beckerman have been leaders with respect to PACE Funds and their value to our community,” says Foundation Chair Scott Hurwitz. “This year, the Foundation was thrilled to distribute $517,000 from PACE and LOJE [Lion of Judah Endowment] funds to the Federation’s annual campaign. Now, David and RuthAnn are again showing us their commitment to PACE and to our community by initiating the Beckerman Family PACE Challenge grant.

The challenge, says Hurwitz, is already off to a running start.

“The initial community response has been strong. Thanks in large part to their leadership, our PACE and LOJE funds will continue to support our community for years into the future.”

PACE, an acronym for Perpetual Annual Campaign Endowment, is a permanent fund established at the Jewish Community Foundation of Greater New Haven with a minimum $10,000 gift. One of its outstanding features is that PACE donors have nothing to lose simply because their original investment remains intact.

In establishing the Beckerman Family PACE challenge, Beckerman says, “My wife RuthAnn and I expect to match $2 million of the $2 million that is donated to PACE over the course of the next 12 months. We expect $1 million to be comprised of new PACE funds, and the other million dollars to be from additions to existing PACE funds.”

For example, Beckerman explains, donors and their families and friends may send donations to their PACE funds to mark milestones, like a birth or graduation or the passing of a loved one.

PACE and LOJE donors have funded their legacies with gifts of cash, stock, and/or planned gifts such as a bequest in their Will or an IRA or life insurance designation.  There are many ways to do it and you can ask your professional advisor as well as Lisa Stanger at the Jewish Foundation of Greater New Haven what will work best for you.

“We must recognize that we’re in for some difficult times. There’s a transition going on that our community really needs to understand and appreciate,” says Beckerman, in explaining why he and his wife chose this moment in time to issue their challenge. “Many of our big givers are moving elsewhere; and I don't think their children have that same kind of connection to our local Jewish institutions. That's even more ammunition for why we've got to build endowment. As this trend continues, it’s going to be very, very difficult to replace the donations they once made. Especially if it's a substantial gift.”

The proof is in the pudding, he adds.

"History has shown that the annual Federation campaign is not on an upward trend. As of late, it is level at best. So, unless we adapt and really look at PACE as a catalyst, the future is going to be very, very challenging.

Beckerman, who is the father of five grown children, each of whom independently has established their own PACE fund, came from a family of modest means — his mother worked in a bakery and his father in a factory. He made his money in New Haven, which makes him even more determined to given back to his community…and to encourage others to do the same.

“I'm trying to challenge those families who have earned their living here in New Haven to give back a little bit through a PACE fund; it is the most important thing for the longevity and the vision of the future,” he says. “So, if a ‘big giver’ moves away, they're essentially replaced; the community's not losing anything.”

“David and Ruthann’s challenge to us is a great reminder of the importance of focusing our energy on both the current and the future,” says Steve Fleischman, who serves as chair of both the campaign and PACE. “The growth in our PACE funds over the years has proven incredibly important for our annual campaign. I am committed to ensuring we take full advantage of the Beckermans’ generosity to build a strong foundation for our community’s future.

“I hope everyone takes a moment to think about what they want our Jewish community to look like in the future and consider starting a PACE fund today to ensure that vision becomes a reality,” he adds.

A MATTER OF PRIORITIES

“If we raised $2.1 million — and I think we could raise more — we could take 10% of that money and put it into our PACE fund,” Beckerman points out.

He compares it to putting money away for your kids’ college education or not driving a car without insurance.

“It's a question of priorities. Our priority is to ensure the future of our Jewish community.
What we need to do is to build a very stable and strong foundation. And that comes from an endowment fund,” says Beckderman, adding, “Especially with what’s going on in our country today, we need to protect ourselves because nobody else will. We need to take care of ourselves.”

Barker considers PACE as having not only local but also global implications.

“Unfortunately, there is much disparity in the world and in our own community…. the needs of many for essentials of life—food, warmth, security, clothing, medicine—are just not readily available,” says the Federation president. “Fortunately, however, there are many of us who care deeply. Indeed, so many of our amazing members garner so much more pleasure in giving to others versus receiving for themselves.

“If you are able to setup a PACE fund,” adds Barker, "please do so today. Your generosity is deeply appreciated.”

To learn more about PACE and the Beckerman PACE Challenge, please contact Lisa Stanger at lstanger@jewishnewhaven.org or (203) 387-2424 x382