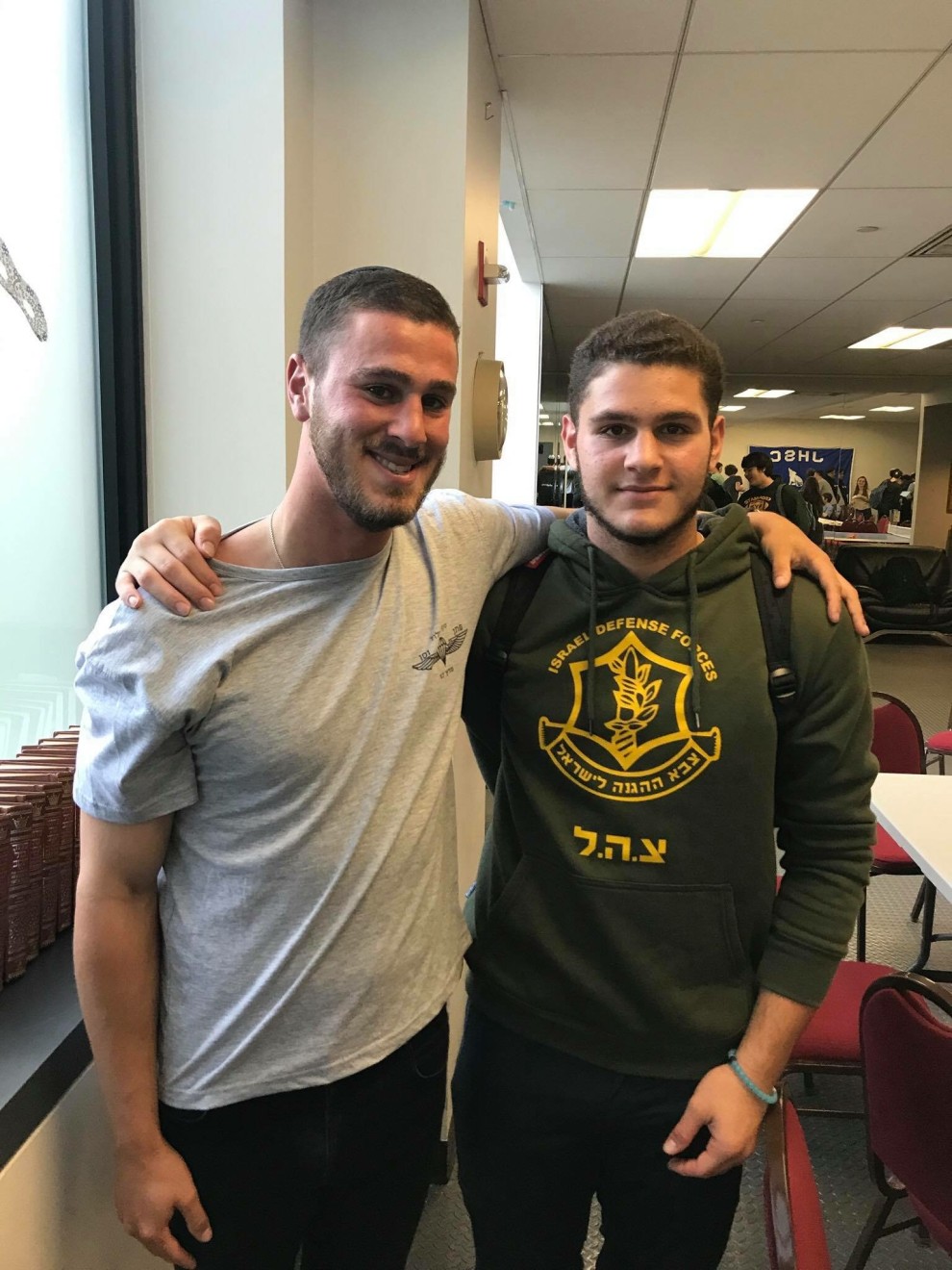 While home on leave from the IDF, Zach came to the school to speak to the students about his love of Israel, the need to not take for granted how easy life is right now, and the experiences he has had as a Lone Soldier.

Zach described what it was like growing up in Stamford, being a student of the Bi-Cultural Day School, and how he was sent to learn Hebrew before he even had the chance to become a soldier.

Zach explained how most IDF recruits in the Hebrew program were from former Soviet republics, so they did not speak English, which made getting to know them the best way for him to practice his Hebrew skills.

Zach told students he had to go through entrance exams first to be able to even go to IDF Paratrooper School, and he wasn’t sure if he would be accepted.

Zach described how excited he felt getting accepted and knowing he would be able to make his dream of becoming a paratrooper a reality. The students listened to his stories of paratrooper training and of the first few jumps he made from a plane.

“The plane was about to take off and printed on the inside wall of the plane was Tefilat HaDerech,” said Zach, who related that he said the prayer as he was getting ready for this first jump. He also described the unique uniform of the paratrooper, which includes a red beret, red boots, and a “skirt” shirt, which is belted around the waist, untucked. Zach told the students about his appreciation for the State of Israel and how he is ready to serve in the IDF.

Before opening the floor to questions, Rabbi Elisha Paul, JHSC Head of School, thanked Zach for coming to speak with the students and presented him with a JHSC travel pouch with the Tefilat HaDerech printed on it, “just in case the next plane does not have it printed inside.”

“In an era of BDS and anti-Israel sentiment becoming more common, it is important to remind our youth about how heroic IDF soldiers are who volunteer to protect the Jewish people from harm,” commented Rabbi Paul.