Joel Jacobson of Congregation Mishkan Israel helped settled refugees with his congregation even before JCARR existed, as a transportation coordinator. When JCARR was established, he continued his roll as a transporation coordinator, even though it demanded a growing portion of his time. Jacobson said "Its very rewarding seeing the progress of these people - especially those with young children - and see everyone adapting and enjoying our country."

JCARR’s vision for refugee resettlement is intricately connected to our historic Jewish tradition of welcoming the strangers among us, and of tikkun olam (repairing the world). Refugee families come to this country after years of instability, living in challenging, and sometimes unsafe, environments. They endure  experiences that can be traumatic and often result in a sense of humiliation and helplessness.

To help further JCARR's cause, Jacobson initiated a personal fundraising effort for JCARR. On Monday, 8/26 from 5-8 p.m., JCARR will receive 20% of all proceeds made from purchases at Aunt Chilades, a Mexican reastorant locared at 3931 Whitney Avenue, Hamden. JCARR will receive the 20% wheather you dine in or take out that night. "It's a gret opportunity to enjoy a night out with family and friends and support a great cause" said Joel Jacobson. 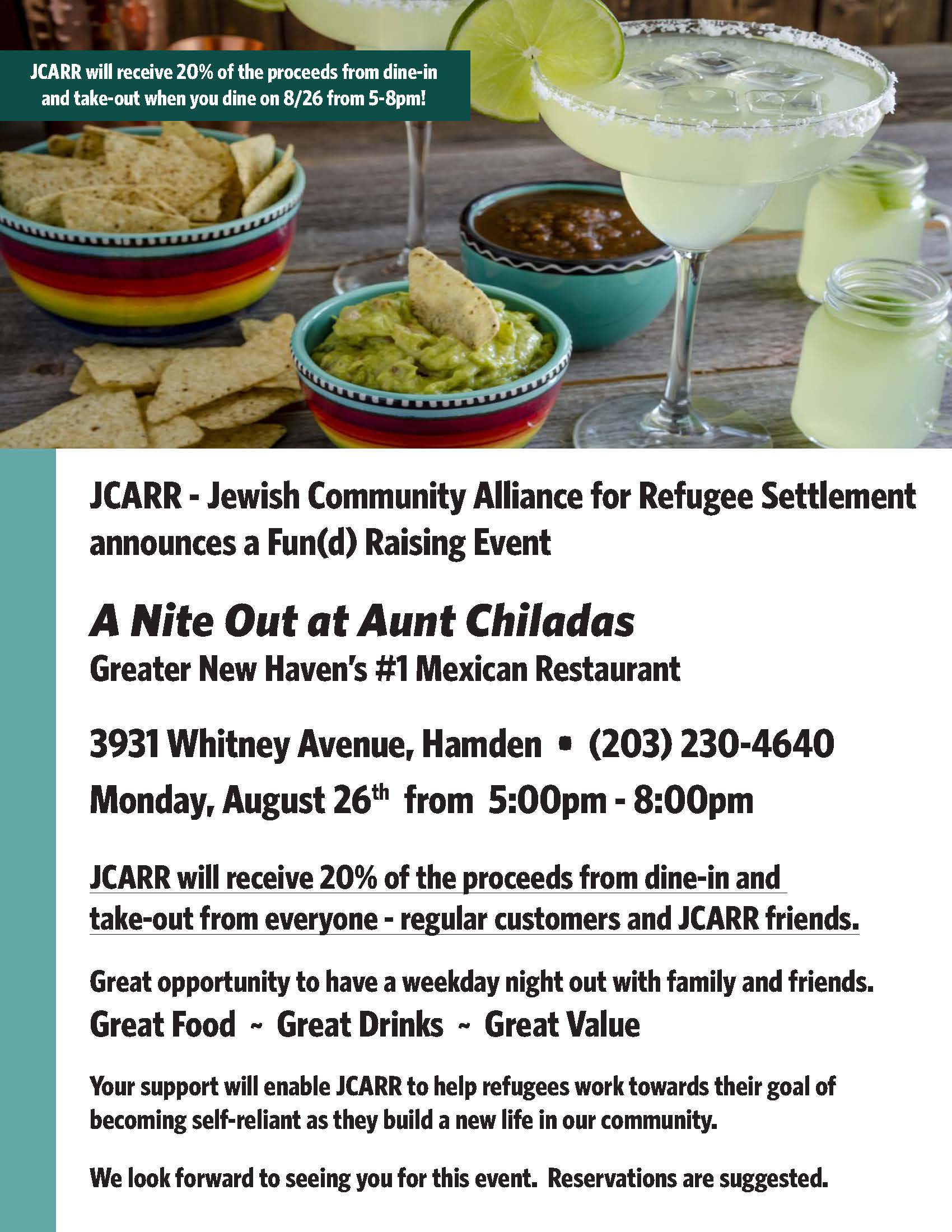