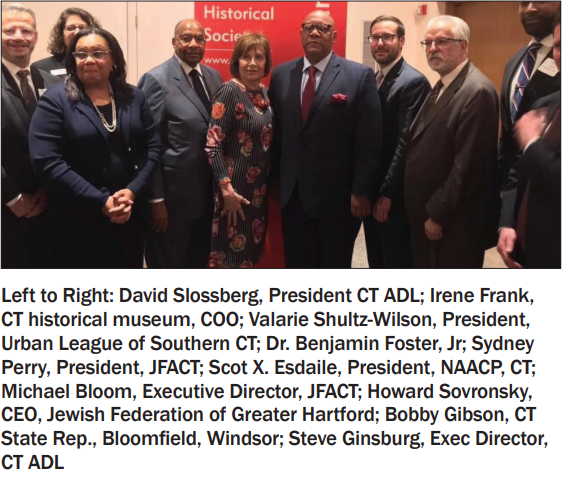 Bryan Stevenson, a gifted black attorney, founded the Equal Justice Initiative in Montgomery, Alabama, to defend the poor and wrongly condemned. He has said that he wants the U.S. to “face its history”, and recently opened the much praised Legacy Museum and a lynching memorial.

Stevenson recalls that on a trip to Berlin, Germany, he was struck by the density of markers, monuments and dedications to victims of the Holocaust. Likewise in Johannesburg, South Africa, where he visited the Apartheid Museum. In Kigali, Rwanda, there is a Genocide Memorial to those who were cruelly killed 25 years ago.

But in America, we haven’t adequately recognized our history of enslavement of black people from 1619 to the Civil War and a legacy of inequality, separation and racial injustice ever since. We have neglected to teach our children —all our children— the history of slave trading, the Civil War, the aftermath of Reconstruction, Jim Crow, racial terror and the Civil Rights movement.

This year, Connecticut’s Legislature is poised to rectify this by mandating the teaching of African American and Latino studies in our public high schools and developing an elective for credit within a few years.

The seven Jewish Federations in Connecticut (JFACT) were prominently involved last year, along with ADL and Voices for Hope, in the mandate requiring the teaching of Holocaust and Genocides. This year, under the leadership of JFACT Executive Director Michael Bloom, we have supported and advocated for a similar law to be passed for teaching African American and Latino history.

Recently, the Connecticut History museum hosted an exemplary exhibit, “Black Citizenship in the Age of Jim Crow”, curated by Irene Miller. Bloom immediately saw an opportunity to bring together the Jewish and African American communities in support of and advocating for this educational initiative. The Jewish Federations, Anti-Defamation League (ADL), CT. Natinal Association for the Advancement of Colored People (NAACP) and the Urban League of Southern Connecticut, sponsored an event for almost 200 attendees who stood in solidarity with furthering knowledge of this critically important mandate. In addition to learning of the painful history of bigotry, racism and tracing the roots of injustice, the curriculum will share the story of survival, resistance, courage, and the contributions of African Americans to our nation.

In his new book “Stony the Road”, Henry Louis Gates writes, “few American historical periods are more relevant to understanding our contemporary racial politics than Reconstruction.” As Ida B. Wells, a black journalist and co-founder of the NAACP, once opined, “the way to right wrongs is to turn the light of truth upon them.”

UPDATE: As of June 4, the bill was passed unanimously by the Senate and was signed by governor Ned Lamont, who commented on the state’s need to better diversify the classrooms, noting that while 40% of Connecticut’s school population are children of color, only 8.7% of the state’s teachers are minorities. This new bill requires Connecticut schools offer an elective on African American and Latino history, and courses will be required by the 2022- 2023 school year. The Urban League of Southern Connecticut, which aims to “enable African Americans and other minority groups to secure and sustain economic self-reliance,” has honored Michael Bloom, executive director of JFACT, for his advocacy.