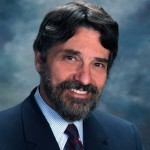 After leading Congregation Mishkan Israel for more than three decades, Rabbi Herbert N. Brockman is retiring, but the breadth of his legacy extends well beyond being a rabbi. Mark Sklarz, who is serving his second term as president of Mishkan Israel, said Rabbi Brockman has united the entire community as a tireless advocate for human rights.

“For over three decades, Rabbi Brockman has inspired our congregation and the community with his compassion, his passion and integrity,” noted Sklarz. “He’s an extraordinary person. He taught us all to never be silent in the presence of injustice and hate. His legacy to our community is in virtually every life he touched. He is a teacher, a friend, and he’s a role model.”

William Goettler, Associate Dean of Leadership and Ministry of Yale Divinity School and former Co-Pastor of the First Presbyterian Church of New Haven, has been friends with Brockman for 20 years. “We became friends through our disagreement about the Presbyterian Church’s policy statement about Israel. Herb reached out to invite me into a conversation. Twenty years later, we are still talking.”

“His has been a rabbinic career of sharing blessings with so many, a witness to faith in all that is holy, a passion for justice that has made this community much better, stronger and more faithful,” Goettler said of Rabbi Brockman.

It truly was beshert that Brockman, who grew up in Youngstown, Ohio, ended up settling in the New Haven area to begin with when he took the job as rabbi for Mishkan Israel more than 30 years ago. That’s because 15 years earlier, he was accepted into the Yale School of Medicine’s psychology program and planned to go into psychiatry.

The son of an Orthodox rabbi and the seventh generation of rabbis in his family, Brockman had never planned to become a rabbi himself, but after several in-depth discussions with his mentor and lab partner, he attended Shabbat services at Hebrew Union College and was inspired.

Even though Brockman opted to become a Reform rabbi instead of continuing in his family’s Orthodox tradition, his father was very supportive. Today, Brockman calls his father his true inspiration. “He was a mensche,” he said. “He could talk to anyone.” Brockman’s father also served as the mohel and the shochet of his community.

Today, Brockman understands the love his father had for his congregation. “This is my family,” Brockman said of Mishkan Israel. “I’m most proud of preserving the heritage of this congregation.” Mishkan Israel is the oldest Jewish congregation in Connecticut, the 14th oldest continuous operating synagogue in America as well as the oldest continuing synagogue in New England. CMI also has a long history of social justice and advocacy, bringing Russians in to escape the czars in the 1880s, to the 1990s, when they sponsored Russian families with the Federation. In 1961, Martin Luther King Jr. spoke at the dedication of Mishkan Israel’s new building in New Haven. Brockman’s predecessor, Rabbi Robert E. Goldburg, joined King on the 1965 march from Selma to Montgomery.

In 1993, Brockman’s liberal Judaism brought controversy to the community when he invited Riyad Mansour, then Deputy Observer to the United Nations from the Palestine Liberation Organization, to come speak. Mansour now serves as the Ambassador and Permanent Observer to the State of Palestine to the UN. “I thought it was important to hear from the Palestinians,” Brockman said. He received threats from people and upset many in the Jewish community. “It’s important to talk with people you don’t agree with,” Brockman said of his decision. “I think it’s more important than talking with those you do agree with.” Brockman said the congregation has taught him forgiveness. I say what I think,” he admitted. “They have forgiven a lot.”

Together, Brockman and his congregants are active in many interfaith activities including Abraham’s Tent, an annual interfaith program that shelters homeless men. He is also co-president and a founding member of the Interfaith Cooperative Ministries.

Mishkan Israel was also one of the first local houses of worship that recently declared themselves as a “sanctuary congregation” in response to President Donald Trump’s immigration policies. Brockman is a William Sloan Coffin-Joan Forsberg Fellow in Urban Theology at Yale Divinity School. He also serves on the Rabbinic Advisory Council of the American Jewish Archives and is a lecturer at YDS. He has taught at the Lutheran Theological Seminary and Muhlenberg College. In 2001, Brockman was on sabbatical at Gregorian University at the Vatican. He also serves on the Board of the Jewish Community Relations Council and the Hartford Seminary. In 1990, Brockman helped create the Pe’ah Project, a small farm on CMI’s grounds which donates produce to local soup kitchens.

Brockman earned his MAHL at Hebrew Union College and his PhD from St. Mary’s Seminary and University. In 2014, he was awarded the honorary Doctor of Humane letters from Albertus Magnus College in recognition of his efforts as a passionate advocate of social justice and interfaith cooperation. What drives Brockman to do so much? “When a person dies, their hands open and all the stuff they’ve accumulated falls away,” he said. “The only thing left is what they’ve done.”

This summer, Brockman and his wife, Elin Schoen Brockman, plan to pack the family dog into the car and drive cross country. The Brockmans, who have two sons, Harry and Jonathan, don’t intend to leave New Haven right now. “This is a wonderful community,” Brockman said. “We have everything here.”

“I’m so grateful for all that he has done, and even more excited about what works of justice and vision come next, in his so-called retirement,” Goettler said.

In early February, Congregation Mishkan Israel voted to approve Rabbi Brian Immerman, Associate Rabbi of Temple Emanuel in Denver, as their new rabbi. Rabbi Immerman, his wife, Jenny, and baby, Maggie, were scheduled to make a short trip from Colorado to Hamden in the middle of February to meet and greet members.