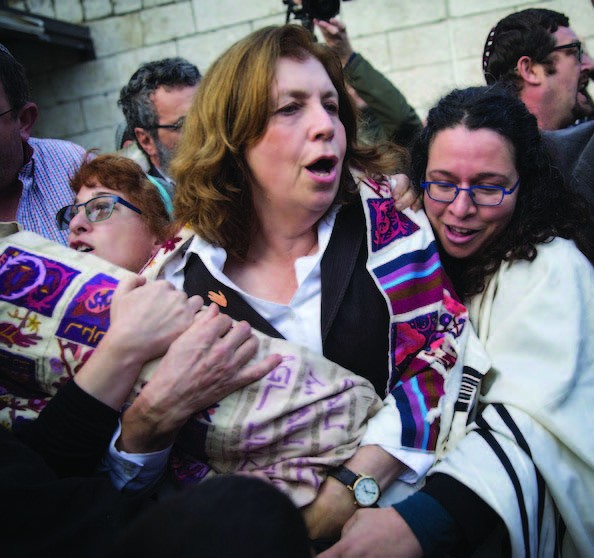 In Jan. 2016, the Israeli Knesset passed a law that expanded the non-Orthodox prayer section located in Robinson’s Arch at the Western Wall in Jerusalem. The plan for the alternative section has yet to be implemented. In Dec. 2016, leaders from the Sephardic Orthodox Shas party, the haredi Orthodox United Torah Judaism party, Jewish Home party and Likud party submitted a bill that would place the site under the jurisdiction of the Chief Rabbinate and the rabbinic courts, who would approve all religious practices allowed there. The bill would prevent all non-Orthodox public prayer at the Western Wall, which would prohibit women from reading Torah and wearing prayer shawls, even in the women’s section. Arthur Levy, Chair of the Israel Subcommittee of the Jewish Community Relations Committee of the Jewish Federation of Greater New Haven, wrote an open letter to Israel’s Prime Minister Netanyahu.

The Haaretz newspaper reported in Dec. 2016, that 16 members of the ruling coalition in Israel, including members from Likud, and the “modern orthodox” Habayit Hayehudi as well as Shas and Agudath Israel have submitted a bill to the Knesset which, if passed would prohibit women from wearing prayer shawls or Tefillin at the Western Wall in Jerusalem and would forbid them from reading from the Torah or blowing the shofar there. The penalties for violating that law could be prison or a fine. Ironically, on the same day that I read that report there was an article in The New York Times about the draconian restrictions placed on women in Mosul by ISIS. My first thought, as someone who has spent 75 years in the Orthodox world, was that the ultra-orthodox Rabbinate and ISIS leadership see eye to eye on women’s issues. The proposed bill is both misogynistic and a violation of freedom of religion, a principle that Americans of all faiths hold dear.

I believe that it is incumbent on all free-thinking American Jews, whether Orthodox, Conservative, Reform or secular, to protest loudly and do everything possible to ensure that the bill is withdrawn.

It has become clear that many American Jews, especially millennials, have become alienated from the Zionist enterprise. It is actions such as the current proposed Knesset bill that will ensure this trend will continue.

In Jan. 2017, the Israeli Supreme Court ruled in favor of women being allowed to read Torah and pray according to their customs in the Orthodox women’s section at the Western Wall, and that the egalitarian prayer section in Robinson’s Arch is not the equivalent of access to the holy site. The Western Wall Heritage Foundation, which determines the customs allowed at the Western Wall, has routinely conducted body searches on women at the entrance to the plaza, with the object of keeping Torah scrolls and other ritual objects from being smuggled into the women’s section. The Supreme Court also ruled that body searches must immediately desist. The Supreme Court issued an interim injunction, which gave the Western Wall’s Orthodox administrators and state agencies 30 days to provide evidence as to why women should not be allowed to pray according to their own customs in the women’s section. At this time, evidence has yet to be presented.