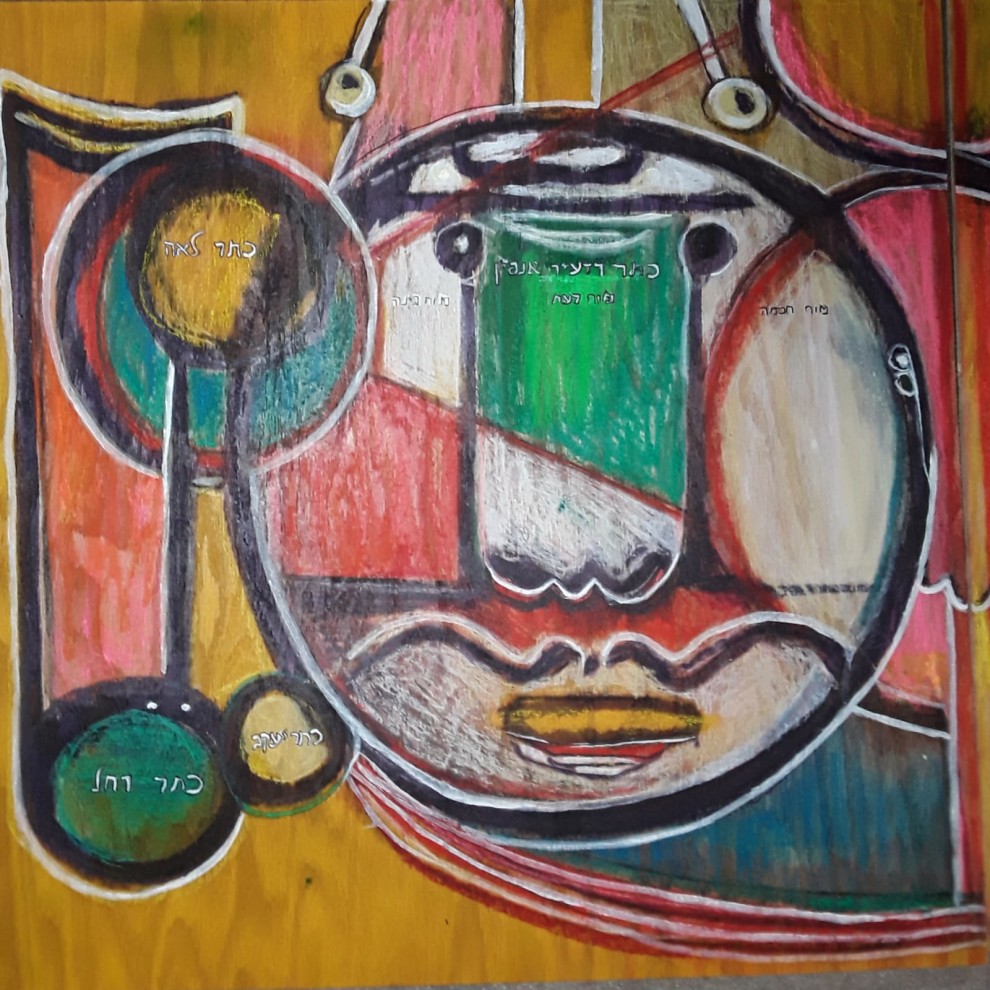 A collection of the latest work by Sandra Valabregue, a painter and independent scholar who specializes in medieval Kabbalah and philosophy, is on exhibition at BEKI until June 2. Called “Circles in the Tree,” it shows her recent focus on Jewish topics such as Angels, Talisman, Hamsah and the sefirotic tree.

Valabregue, who has lived mostly in Jerusalem for the last 20 years, has gathered the ancient Jewish iconography and reinterpreted it into a new iconography. “I gathered, from ancient manuscripts and early prints, images of angels, demons, kmeot (amulets), ilanot (trees), and hamsot,” she explains. “The idea is to create new icons from ancient ones, to revive them and give them new form.” Since her inspiration is from the “ilaney sefirot”, a visual tradition that was vibrant up to the 19th century, she calls this project “Partzufim and Ilanot” (divine faces and trees).

Born in France, Valabregue obtained her M.A. in Philosophy from the Sorbonne, an M.A. in art from the Beaux Arts de Paris, and a PhD in Jewish Thought from Hebrew University. Currently a visiting scholar at Yale University, she has taught at Yale, UCLA, Queens College, Columbia University, and institutions in Israel. She has exhibited her work in France, Israel and the US, including at BEKI in 2011. She will present an artist’s talk on Saturday, May 18 at 12:45 pm; Sabbath rules will be observed.