David Beckerman began going to the JCC of Greater New Haven when it was located on Chapel Street in New
Haven. It was in the neighborhood, and a place for kids to go after school or on the weekends. “[The JCC] was part of the social life,” Beckerman said, and a place that was comfortable to be.

Tzedakah is an important value for Beckerman and his family, he said. Growing up, charity and giving to others was part of daily life. “Children do what they see, not what they are told,” Beckerman said. His parents set the example of giving whatever they could, whether money or time, though they were not well off. Supporting this Jewish Community is a priority, Beckerman said.

Beckerman is a sponsor of the Beckerman Jewish Film Series, which ran for the first time in 2016. Support also comes from CT Humanities and the Community Foundation of Greater New Haven. One of the objectives of the series is giving people the opportunity to see and hear other opinions, and form their own, Beckerman said.

Whether controversial or not, the series is an important way to bring awareness to alternative viewpoints. Beckerman recommended “Denial” be shown in this year’s upcoming series, which will screen April 9 at the Strand Theater in Seymour.

The full series with showtimes and locations can be found at jccnh.org/filmseries. 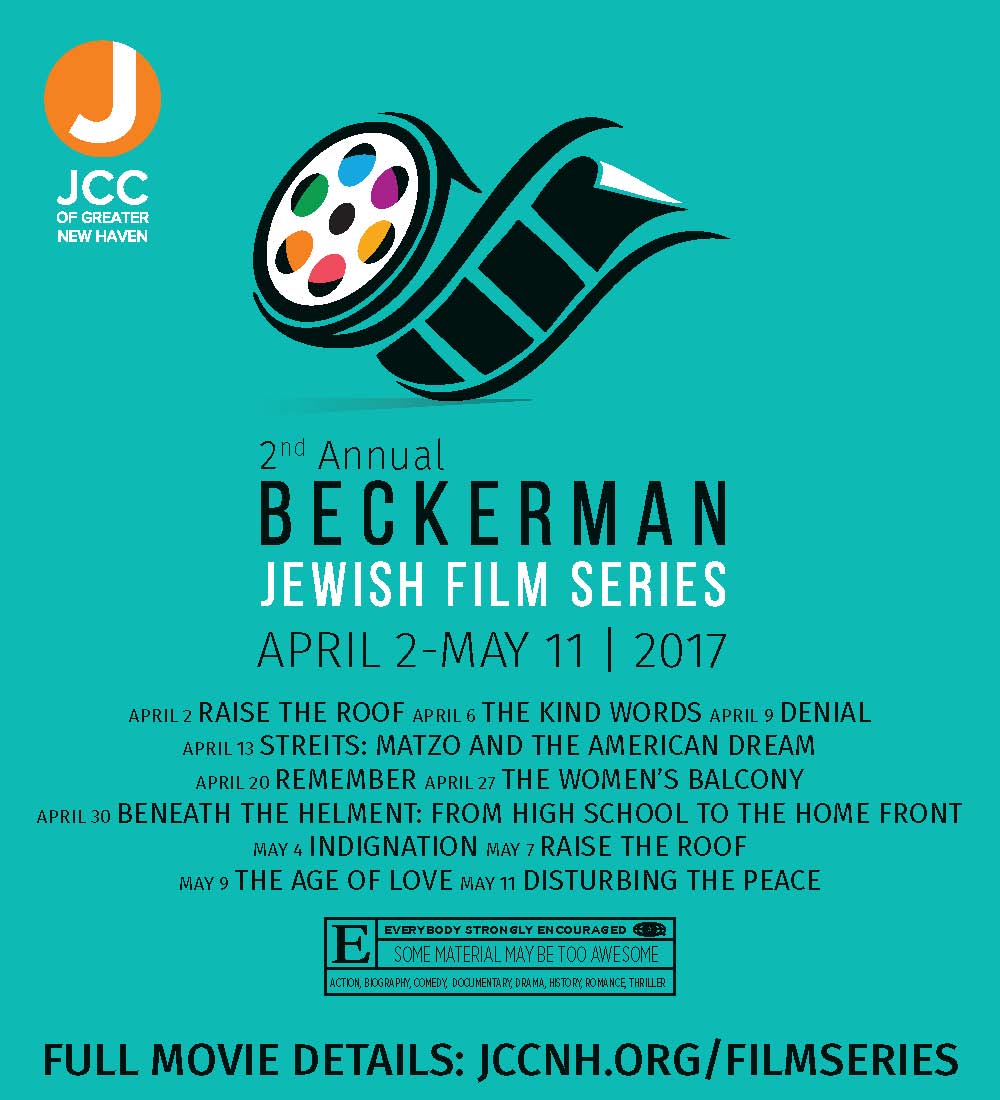