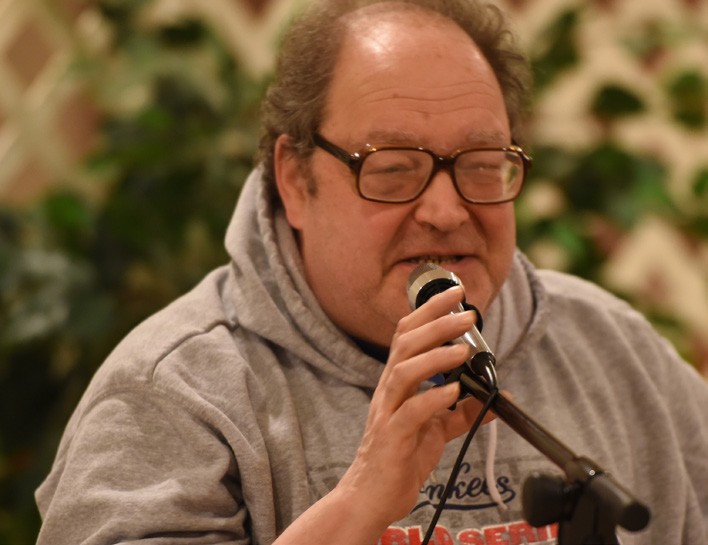 Last year, after the speeches had been delivered at the retirement luncheon for custodian Clarence Bromell, and dessert was about to be served, a BEKI member named Sandy Goldberg walked up to the microphone and said he too had something to say. People looked nervous. Goldberg, though, had several stories he wanted to tell about Bromell. One was that when he came to services wearing a tie for Rosh Hashanah and Yom Kippur, Bromell always helped him fix it. Goldberg wanted Bromell to know how much he appreciated that kindness. When he finished his stories, much of the audience was weeping, and the crowd gave Goldberg a standing ovation.

BEKI members take pride in making their community welcoming and inclusive. “Our responsibility to bring Jews closer to Torah, God and community applies across the board, regardless of background, abilities, or other features,” Rabbi Jon-Jay Tilsen explained. “In trying to accommodate people who are ‘apparently’ different, we have become better at being a community accommodating everyone’s needs. The majority of us have ‘hidden’ special conditions, having to do with diet, seating, attention span, reading ability in English or Hebrew, hearing, sight, washroom configuration, and much more; those at extremes in some aspect impel us to make our building and practices better for everyone.”

Twenty years ago, BEKI launched the Kulanu program, which provided holiday programs for Jewish adults with developmental challenges. Thanks to start-up funds from the Jewish Foundation of Greater New Haven but mostly donors within the congregation, Kulanu, which was directed by BEKI member Lauren Kempton, PhD, helped Jewish adults who were affiliated with Fellowship Place and Chapel Haven feel part of the Jewish community.

Years later, Kulanu participants still consider BEKI their Jewish home. Some regularly attend services as well as concerts and lectures. Proudly, they lead English readings and assist the weekly Kiddush lunch teams. Some of these congregants live in nearby apartments, as do many young adults with mild developmental disabilities and autism who have graduated from the REACH (Residential Education at Chapel Haven) program. REACH participants spend two years at Chapel Haven learning to live independently. Upon graduation, they can continue living in the area and receive support. Ina Silverman, principal of the Beth El – Keser Israel Religious School, continues the tradition of including these adults in BEKI holiday celebrations by sending them special invitations to family events like the Sukkot and Hanukkah dinners. Silverman noted that heartwarming relationships can develop when the fear of people who are different is overcome.