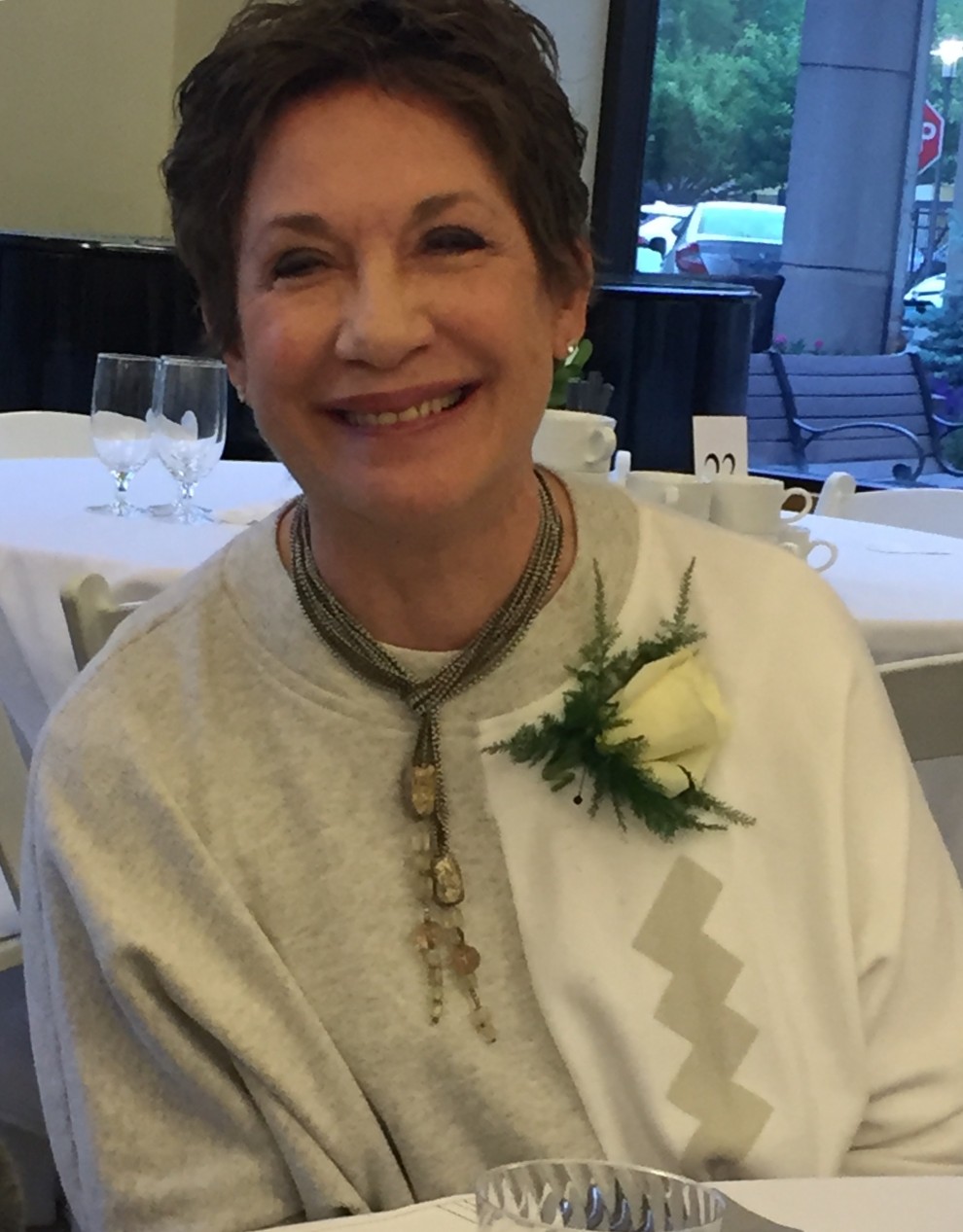 Betsy Fiske has been a cornerstone of the New Haven Jewish community for years through her selfless work with the Jewish Family Service of Greater New Haven (JFS). Despite her busy schedule as a vital member of JFS for over three decades, she took time to sit down and share some of her experiences and how her Jewish values have shaped her dedication to tirelessly help others.

A Lifetime of Service

When one asks how she first got involved, Fiske humbly explains that, “it all started when I joined the JFS Board of Directors in 1989 after my neighbor offered me to join.” As the JFS is a multi-service social service agency partly supported by the Jewish Federation of Greater New Haven, she has had the opportunity to wear several hats in the time since. She chaired the Fund Development Committee as well as the Strategic Planning Committee, and worked her way up to Vice President of the Executive Search Committee and eventually the JFS Board President.

While many would have been content after serving in such a leadership role, Fiske continued to look for opportunities to give back to her community. After her presidency, she joined the food pantry in 2012 as she, “wanted to be more hands on and see the concrete impact” of their work. Working with the food pantry allowed for exactly that.

“Meeting with people is very different from being on the board. I see people. I give them food. I get to know them, and seeing younger people being involved is amazing,” she states. The food pantry helps many families near or below the poverty line, or who are nutritionally at risk. They open their doors twice weekly to allow anyone in need to acquire healthy food for their families. When residents find themselves in a time of crisis outside of the food pantry’s normal operating hours, they can still receive help in the form of emergency bags, which are made for these special circumstances. The team also adapts its services for those with special dietary needs, including gluten-free items for people with sensitivities, and kosher food for people who keep kosher or for Syrian refugees who prefer kosher food, Fiske says.

During the current period of confinement required due to the COVID-19 crisis, JFS has been taking calls and providing assistance around the clock to try and fulfill each person’s individual needs. For some, this means an emergency bag of much needed food, while for others it may mean a visit from a JFS social worker. It is a busy time for JFS with COVID-19 requiring volunteers to adapt to the current reality. For example, with many unable to travel to the food pantry and volunteers unable to enter homes, meals have been placed outside of residences on the curb while a JFS member stays and waits in order to ensure the right person takes the right bag. Even a pandemic won’t stop the dedicated members of the JFS.

When Fiske’s Jewish identity and her family history are taken into account, her devotion to community service takes on an even deeper, more personal meaning. JFS was once called United Jewish Charities (UJC); Fiske fondly recalls that when her grandparents emigrated from Russia, they were kindly helped by the UJC.

“My grandfather came from Russia with his oldest daughter in the early 1900s and worked to save money until he was able to bring the rest of the family,” she explains. One day, while helping a friend move, she discovered old UJC annual reports and donors lists. “One of them had my grandfather’s name on the list, together with his daughter’s and I realized they helped him,” Fiske reveals. “He also made sure he was giving back after that. It was a big connection to me as my parents were involved with philanthropy, and both my sister and I were raised to be like that.”

This connection to her roots and her Jewish values has kept her motivated for decades. “It just feels right,” Fiske candidly states. “I never thought about it; it’s just a way of life for me. I was working full time in my family printing business and, as a single parent, I didn’t have so much time. Once we sold the business and I had more free time, I just felt very fortunate in my life and knew people were not; I wanted to give back,” she says. Fiske mentions that these are values that her parents instilled in them. Despite having a career dedicated to giving, she finds herself also benefiting from her service. Fiske describes her work at the food pantry as, “beautiful because people in the pantry don’t think they are less fortunate. It really feels good to meet them. It’s almost selfish as I love meeting them. It gives you a more realistic view on life and allows you to get to know a culture that’s not your own.”

When questioned on a moment from her years of service that stands out to her, one rises above the rest. “My daughter had moved to San Antonio with her 2 little boys and her husband. I was there visiting her and saw that the local Jewish magazine took pictures of her. She was involved in activities and forgot to mention to me that she was in the paper. I had no idea she was so involved and that it meant so much to her. And it all came together between my mother and me and my daughter. The line was completed,” Fiske tells. “When kids have taken on some of the good things you taught them, it makes you feel special.”

Betsy Fiske’s work is truly inspiring. Giving back runs in her blood. She has made sure to pass on this generous spirit to her children. She serves as an excellent example of the amazing work the Jewish Federation is doing for the New Haven community.

“I have always counted on and respected the Jewish Federation to be the voice of Jewish people in communities, and they do a wonderful job at being that voice,” she says, before sharing a concern. “I hope people realize how terrible it would be if we didn't have that voice. I think some people take it for granted or are not involved or don't even know about it.” During the challenging times of COVID-19, she observes that, “in a way people are not as close because there is so much fear and anxiety; but, on the other hand, people are so generous and giving.”

Despite these concerns, knowledge of the important work of the Jewish Family Service has spread through the local area. Fiske states that JFS receives leftover Passover food from many different supermarkets each year. This year, they received more with around 3,000 pounds of food. The owner of Shoprite came himself to unload the truck, she recalls. Another great example of the people of New Haven coming together for our community!

Betsy Fiske’s decades of giving back to the community can serve to inspire us all to perhaps do a little more. During these trying times, the importance of community is stronger than ever; the positive impact of each individual is amplified. Through helping our neighbors and community, we are able to show what makes the New Haven community so tremendous.