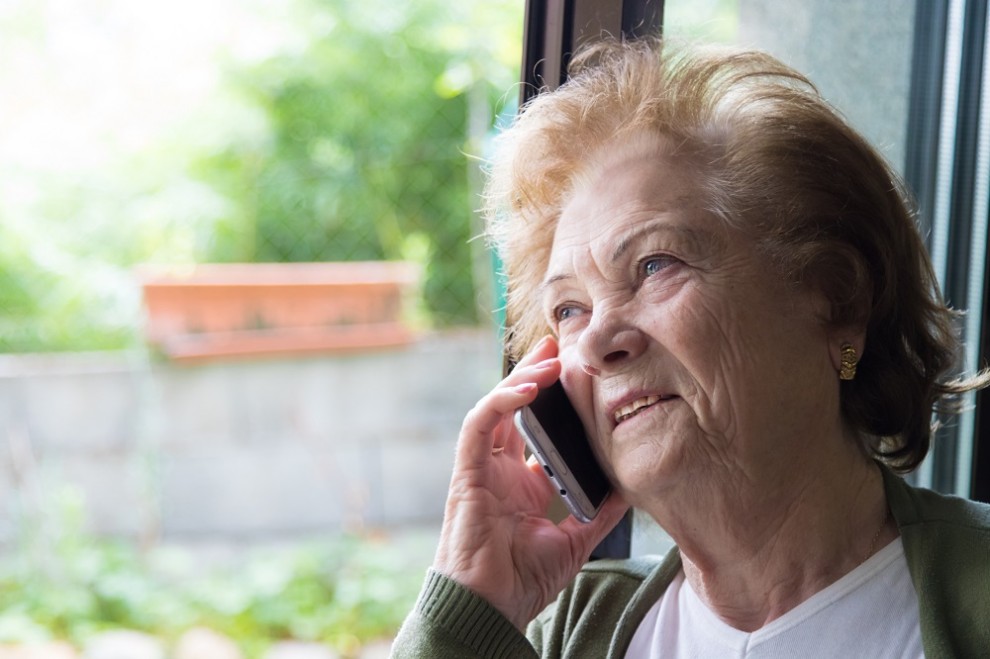 Tanya's heart fills with joy when she hears her phone ring. She grabs her cane and prepares to pull up from her armchair to answer it. Her apartment is small, just a few steps from the living room to the dining table, where she keeps her phone. 83-year-old Tanya came to New Haven from the Former Soviet Union in 1993 when she was 56 years old. Her story is an amalgamation representative of the many stories of the Jewish elderly, former refugees, and Holocaust survivors served by our community today.

Tanya picks up the phone and her face lit with joy when she hears Yelena on the other line. Yelena is the New American Acculturation Program coordinator of the Jewish Federation of Greater New Haven and she has been calling regularly, to make sure Tanya was OK.

Prior to the pandemic, Tanya used to come to the JCC to borrow books in Russian from the library and swim at the Marcia and Stanley F. Reiter Swimming pool. She felt welcomed, not just because her membership was heavily subsidized by Annual Campaign contributions (a subsidy offered for all former refugees who needed it) but because she saw many of her friends there and could proudly feel Jewish. Back in the USSR, she hadn’t experienced Jewish life and community this way. Any expression of Jewish tradition was discouraged and even dangerous. But here, through the New American Acculturation program of the Jewish Federation of Greater New Haven, she has enjoyed Jewish holiday celebrations with her local community of Russian-speaking Jews.

However, since the pandemic, Tanya doesn’t leave the home much, because she is afraid of getting sick and can’t accept visitors. Her niece lives in Connecticut but doesn’t come as often, because of the pandemic. Unfortunately, Tanya doesn’t do technology, either, which leaves her very lonely and isolated. Neighbors help with groceries and mail, occasionally, and she does have aid coming to her a couple of times per week, but many of her life’s joys are now beyond reach. Tanya is a survivor. “I survived the Holocaust and I will survive this pandemic”, she says with a faint smile. She was only 4 years old when the Nazis invaded Ukraine in 1941. Her parents were able to flee the Rovno Getto with the help of partisans and that saved the family’s lives.

Tanya is one of the approximately 20 Holocaust survivors who live in Greater New Haven and are supported by the Jewish Federation of Greater New Haven's New American Acculturation Program. Other Holocaust survivors receive food packages, home care, medicines, visits from Jewish Family Service social workers, and more. Beyond the direct support provided to holocaust survivors, the elderly in our community enjoy coming to the JCC, which is a place for them to come together for educational, social, and recreational programs that also help beat isolation. Those who elect to live at The Towers at Tower Lane enjoy Jewish programming funded by the Jewish Federation's Annual Campaign, and most recently, kosher meals funded through the COVID-19 Maimonides Response Fund of the Jewish Federation and Jewish Foundation. Our approach is holistic—one that reminds Holocaust survivors they have a whole Jewish community working hard to care for their needs. As she finishes the call with Yelena, Tanya says “Thank you for calling. It is good to know I am not alone”.