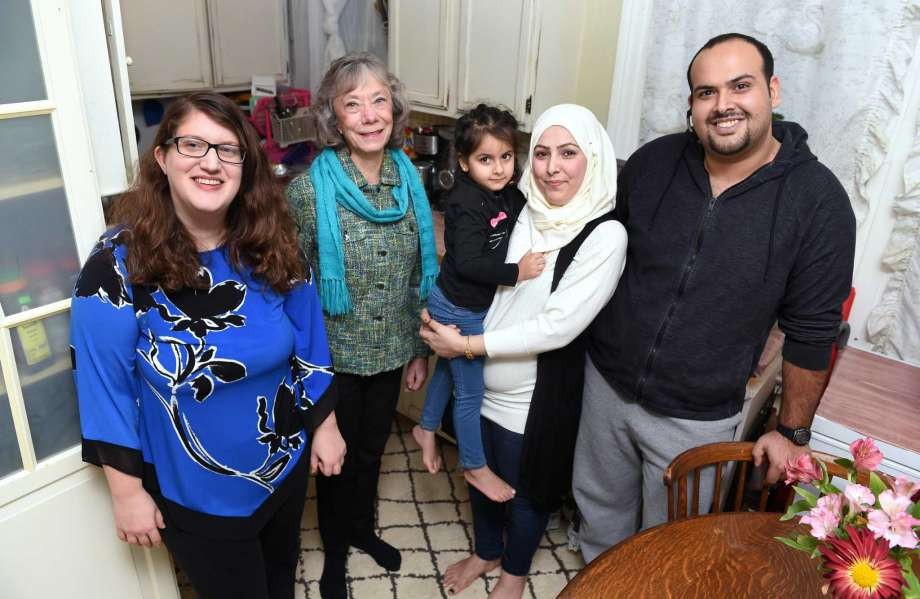 Written By Ed Stannard for the New Haven Register.

NEW HAVEN — Aminah, a Syrian refugee chef who in two years has learned more than passable English and started her own catering business, will be joining the local Jewish community today to celebrate Hanukkah by demonstrating how to bake sufganiyot, Jewish jelly doughnuts.

But she doesn’t like the idea that she’s a Muslim baking for Jews. To her, that emphasizes their difference, and if there’s anything she’s learned since arriving in America on Nov. 8, 2016, it’s that everyone — “Jewish or Christian or Muslim or people who have no religion” — are much more alike than they are different.