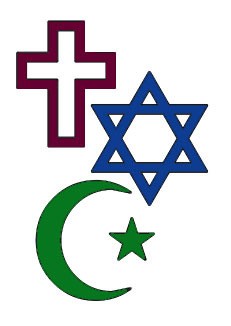 This coming winter marks the ninth year for Abraham’s Tent, an interfaith program in which churches, synagogues and mosques partner to house individuals from Columbus House’s overflow shelter.

This much needed New Haven program was founded when it became clear that the number of homeless, the “strangers” in the community, was growing while resources to provide for them were shrinking.

To address the problem, members of the religious community and staff from the Columbus House met to seek some solutions – at least in the immediate sense.

Rabbi Herbert Brockman of Congregation Mishkan Israel (CMI), one of the program’s founders, shared with the group the story of Abraham and the lessons rabbis derived from it. The group decided that focusing on the resources - synagogues and churches and their cadre of volunteers - would be a workable solution to house some of the overflow shelter. Abraham’s Tent was born.

CMI has since been among the estimated 900 volunteers from 19 congregations from across New Haven’s religious spectrum providing housing to alleviate overcrowding at the Columbus House Overflow Shelter during the winter.

This year, Congregation Mishkan Israel will host Abraham’s Tent during the week of Jan. 8-15. During their stay, the stigma of homelessness disappears as the group is welcomed as guests into a friendly and relaxed atmosphere of enjoying dinner, playing cards, watching TV and schmoozing with caring volunteers before going to bed. In the morning, they wake up to a hearty breakfast and then leave for the day with brown bag lunches decorated by children in CMI’s religious school.

CMI’s volunteers have found participating in Abraham’s Tent to be so fulfilling that many ‘re-up’ year after year and have even become regular volunteers at Columbus House year round.

Congregation Mishkan Israel is a reform synagogue located at 785 Ridge Road in Hamden.