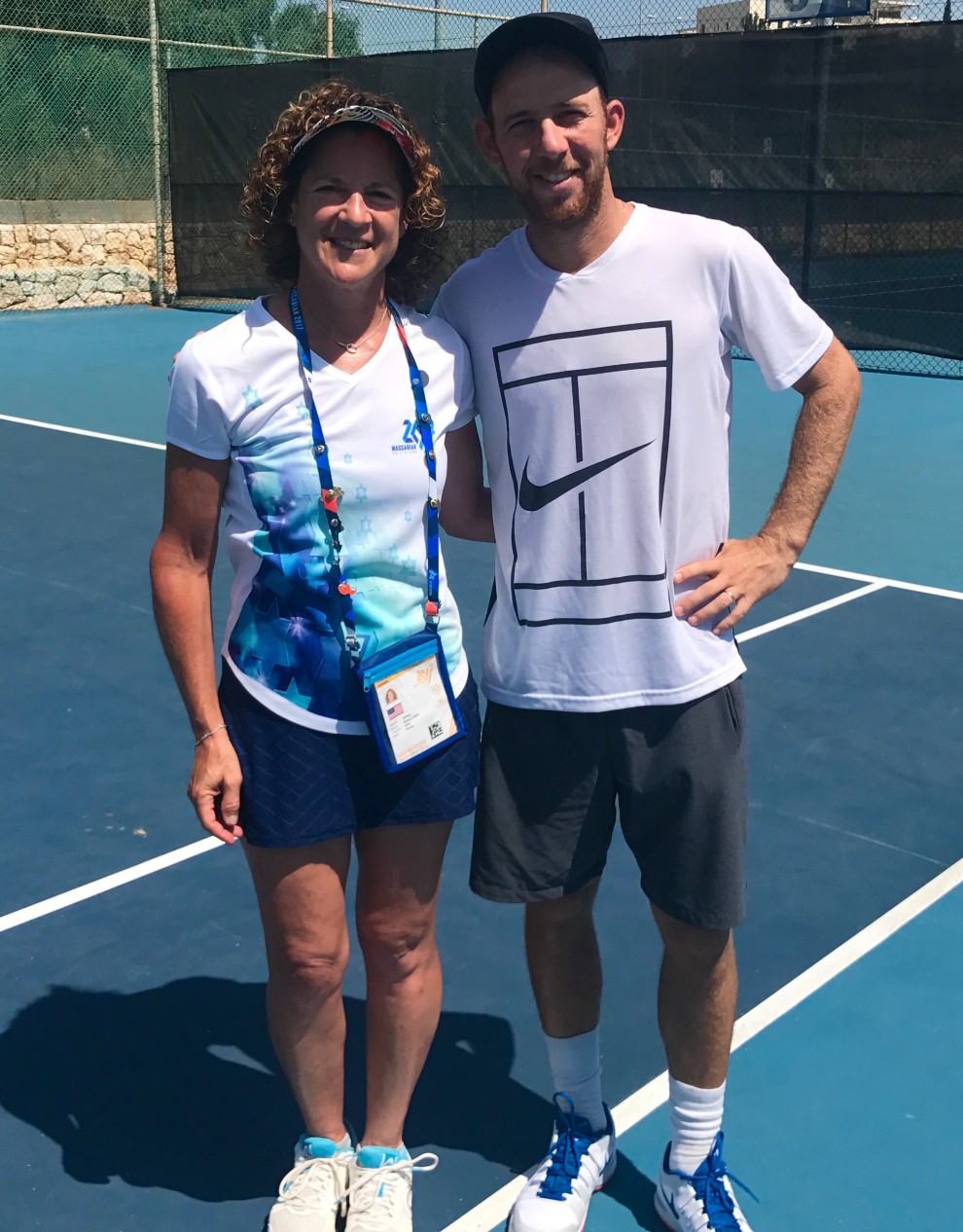 As Israel celebrates 70 years of independence, we are delighted to share in the celebration by highlighting its important contributions to the world in technology, medicine, science, music, art, sports, and culture. Look for interesting stories about the State of Israel in each issue of Shalom New Haven in 2018.

Marcy Cohen, of Shelton, still gets emotional when she remembers the thrill of seeing 8,750 Jewish athletes from 80 countries all in one place during the opening ceremonies of the 20th anniversary of the World Maccabiah Games in Israel last summer. The Maccabiah Games are the third largest sporting event in the world.

Cohen represented the United States in tennis, competing in the Masters Team Tennis Division for ages 45-60. She runs Marcy’s Tennis Academy in Shelton.

“Opening ceremonies were held at the Teddy Kollek Stadium in Jerusalem and there were 50,000 spectators and soldiers cheering for Team USA as 1,200 of us walked into the stadium,” she said. “The emotions were overflowing. It was so amazing to see all Jewish athletes in one place.”

Cohen played four singles matches against players representing Chili, Argentina, Israel and Brazil. She also played doubles with a teammate from California against players from Chili and Israel. “It was so much fun to play before a crowd,” she said. “There was so much spirit and cheering among the countries.”

She said the most difficult part of competing was playing tennis in the heat and staying focused and competitive with so much going on all around her during the matches.

Cohen said it was so rewarding to compete in the sport she loves (tennis), for her country, her culture and her religion. “It was such an inspiring experience for me,” she said.

Cohen is the proud mom of two sons, Joshua, 24, and Jesse, 21. In addition to running the tennis academy, she also teaches tennis in Barbados at two resorts throughout the year.

For more information on the 2018 Maccabiah Games to be held July 22-August 1, go to: maccabiusa.