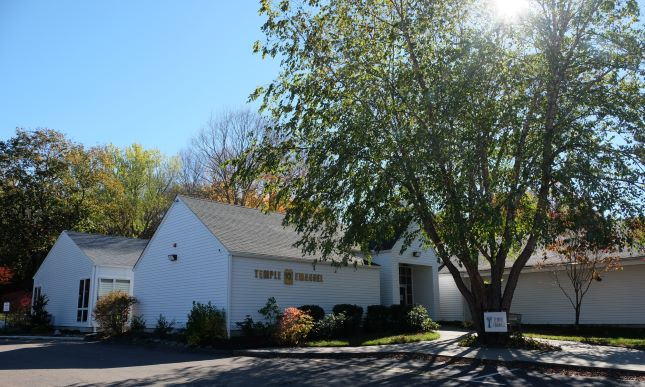 A Higher Form of Tzedakah (Charity)

When COVID-19 began to hit our communities, many faced increased financial troubles with medical bills, unemployment and the continuous need to put food on the table. The Jewish Federation along with the Jewish Foundation of Greater New Haven decided to answer the call in the most fundamentally Jewish way by supporting the most vulnerable. Through the COVID-19/Maimonides Response Fund, many families were able to receive aid while having their anonymity and dignity preserved. Rabbi Rabbi Michael Farbman from Temple Emanuel of Greater New Haven tells us how the program helped his community in Orange.

“It is the second time I have used the Maimonides Response Fund,” says Farbman, whose community in Orange includes 180 families. “When people have certain needs—medical or financial— rather than having a committee meet about it, the Jewish Federation partners with congregation rabbis and Jewish agencies to bring its support to communities and individuals.” The program consists of allocating emergency grants and direct assistance to communities, families and individuals in need through Jewish agencies and local rabbis who help facilitate the support. As of June 7, this fund had reached $186,600 in emergency grants, which were distributed to diverse organizations such as the Jewish Family Service of Greater New Haven, the Towers at Tower Lane, Chabad houses and the Jewish Community Alliance for Refugee Resettlement.

“We rabbis know when our congregants need support; sometimes people reach out to us or we just know, and it preserves complete anonymity of the receiver. It enables us to help in both the most effective way and anonymous way; it is truly the most appropriate way to help,” describes Farbman.

This year, during the COVID-19 breakout, one of Farbman’s congregants was struggling with medical bills; this problem had been exacerbated due to the current health crisis. “The Jewish Federation answered my request, and I was able to pay the bill on behalf of this person,” he says without forgetting his numerous colleagues who have been involved to preserve this person’s integrity and anonymity. “I have been overwhelmed by the generosity and the thinking that is behind this program; it recognizes the need of the community and brings together the community in the deepest way.”

To Rabbi Farbman, the sense of community is precious. “As you know, the community has not been growing lately. It has been changing its shape, and there is still a big infrastructure to serve the community. In between the big things, it is easy to lose the small pieces; the dignity of a person can be harder to recognize and support. We all have our pride, and the program is a way to maintain individual needs with big structures, and channel support to a “small Jew” somewhere who needs it, he states.

The COVID-19/Maimonides Response Fund manages to combine resources and enables communities to respond to needs as they come. Communal synagogues, schools and Jewish centers are putting their efforts into providing a Jewish environment to their communities. On a certain level, the Maimonides Fund is a great reminder of our need for a larger structure so we can do certain things together that we cannot do on our own. That work is what the Jewish Federation is all about, Rabbi Farbman states.

It seems that the seed of sharing and feelings of responsibility for one another in our communities has been planted, and during the current worldwide situation, it is needed more than ever.