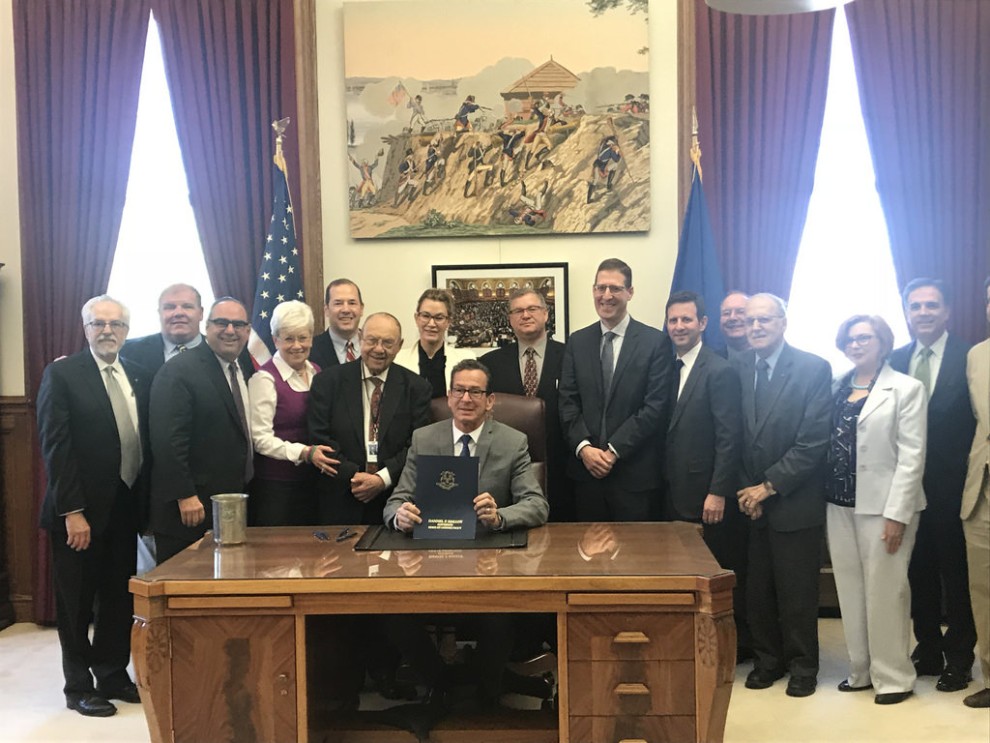 In May, the Connecticut General Assembly passed Senate Bill 452, which adds Holocaust and genocide education and awareness to the required courses of study for public schools. The bill also requires all local and regional boards of education to include this topic in their social studies curriculum beginning in the 2018-19 school year.

Senate Bill 452 allows schools to use existing public and private materials, personnel and other resources to reduce any cost a school may incur. In addition, the legislation allows a local or regional board of education to accept gifts, grants and donations, including in-kind donations, to implement this bill without cost.

The legislation passed both the Senate and House unanimously and was signed by Gov. Dannel Malloy. The Jewish Federation Association of Connecticut (JFACT), along with the Anti-Defamation League, and seven Federations statewide, including the Jewish Federation of Greater New Haven, were key players in advocating for the bill.

Both JFACT and the ADL could not do it alone and received help from BBYO teens all across the Connecticut Valley Region, including several members of our Greater New Haven chapters. The teens took the Public Hearing for the bill by storm, testifying in front of the Education Committee. The legislation takes effect on July 1, 2018.

Michael Bloom, Director of JFACT, said they were thrilled with the passage of the legislation. “As we have seen in recent surveys, Holocaust and genocide education is needed in our schools, and this legislation will create countless teachable moments regarding humanity, compassion and being up standers for current and future students.”

The Jewish Federation of Greater New Haven’s JCRC (Jewish Community Relations Council) is proud to partner with JFACT, an advocacy organization that represents the seven Jewish Federations across Connecticut on issues of importance to the Jewish community and in support of Israel.

“We are so pleased that the state of Connecticut has become the 10th state in the Union to pass Holocaust and genocide education legislation,” said Judy Alperin, CEO of the Jewish Federation of Greater New Haven. “The Jewish Federation of Greater New Haven was proud to partner with our sister Federations, JFACT and ADL in support of and to help recruit New Haveners to testify before the legislature. With the astronomic rise of anti-Semitism and hate incidents, teaching lessons from the past is essential to not repeating the same mistakes in the present and future.”

“Often, we are called in to educate after an incident has occurred,” said Steve Ginsburg, the Director of the ADL’s Connecticut Regional Office, who testified before the Education Committee in March. “Hopefully in the future, we can supply the education first to prevent a larger percentage of these incidents from occurring in the first place – and to prepare students and communities to react appropriately when they
inevitably do occur again.”