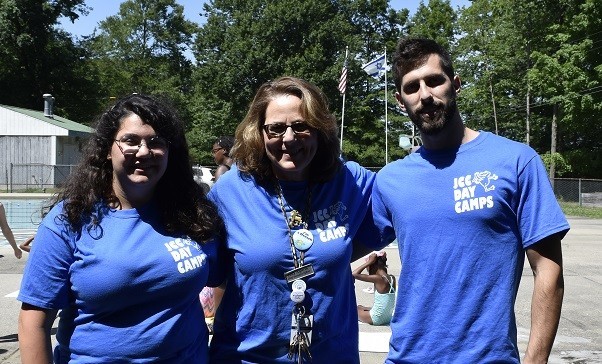 Five years ago, Nir Lustig came to America for his very first time to serve as a Young Israeli Emissary for the Jewish community of greater New Haven. Unlike others in the program, he’d never visited before; he had no idea what exactly to expect.

More than excitement, Nir was filled with nervousness and hesitation. “My English wasn’t so good, and I wasn’t comfortable talking to people.” On his cab ride from the airport, he refused to speak to the driver. He didn’t want to embarrass himself with his limited knowledge of English. There were hundreds of other things to worry about, too. Would he fit in well with his host family? Would the community accept him? Would he miss Israel? His family?

He soon realized that what he arrived to in Connecticut would become just as much a home to him as what he left behind in Israel. His host family welcomed him with open arms. The Ezra community was ecstatic to have him, as well. “It was like they were waiting for me all along,” he explained. “I felt silly for worrying at all.”

Four years later, Nir is back in New Haven, but, this time, able to apply all he learned from his year here. “Being in this community taught me so much, in every part of my life,” he said. “I learned how to be independent. I grew as a person in more ways than I can explain.” This time, he’s here to chaperone the Emissaries in Training (EITs) at the JCC of Greater New Haven Day Camp. “Being back is… nostalgic,” he went on. While the transition to life in America may have been difficult, he doesn’t regret it for a second. And now, living with the same host family he did all those years ago, the Jewish community is so excited to welcome him back home.

Nir was a link in the bridge that connects our Greater New Haven Jewish community to Israel, and now that bridge will continue on with our 2019-2020 emissaries, Tal Azizi from Rishon L’Tzion and Li’on Avraham from Barak, a moshav near Afula. The emissary program is funded through your generous donations to the Jewish Federation’s Annual Campaign.