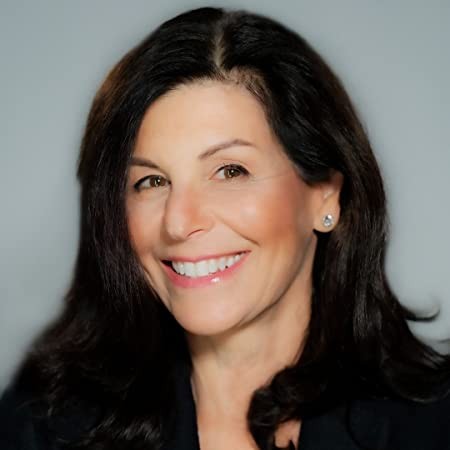 The Jewish Community Center of Greater New Haven will kick off its popular 2022-2023 Beckerman Cultural Arts Series on Thursday, November 3, 7:30-8:30 p.m., with a "Book Talk Author Program"featuring author Debra Green. A first-time novelist, Green will discuss her new book The Convention of Wives — a sweeping saga about the ever-evolving messiness of friendship and marriage, and the wonder of survival.

A graduate of Rutgers University and Columbia University’s Mailman School of Public Health, Debra lives in Scotch Plains, New Jersey where she is a member of the JCC of Central New Jersey and Congregation Beth Israel. Debra’s Connecticut claim to fame is her aunt, New Haven resident Dr. Joyce Saltman, who runs popular humor groups and writing groups, and much more throughout the New Haven area.

The following is an excerpt of a recent interview with Debra Green in which she discusses her recently published book and her newfound career as a novelist.

WHERE DID THE IDEA FOR THE BOOK COME FROM?

While sitting by the pool relaxing, attending a medical convention with my husband in San Diego years ago, I noticed many women like me, ‘convention wives’, propped up on lounge chairs reading their novels. … I wondered who they were, what they did with their time when not busy being ‘wives,’ I outlined the book that day, started writing, then began taking a writing class. The book may prompt discussion about issues that strike home for women such as friendship, the complications of long-term marriages, and living within the values and expectations imposed by the era into which we are born.

YOU WERE NOT A NOVELIST WHEN YOU SET OUT TO WRITE THIS BOOK. SO HOW DID YOU DO IT?

I have always written, for work and for pleasure. I completed a screenplay 30 years ago but was in the throes of motherhood and didn’t do anything with it. Since then, I’ve written numerous essays which sit in a file on my computer. I’ve started a few novels then stopped. But, somehow, perhaps it was the timing of not working and children out of the house, early in the process of writing The Convention of Wives I signed up for a writing class for first time novelists at The Writers Circle in Summit, New Jersey. This class and my teacher, [author] Michelle Cameron, kept me on task and taught me skills I did not have.

I have since joined two other groups of writing compatriots, Shut Up and Write Westfield and the Columbia Fiction Foundry. My classmates and the members of these two writing groups have provided a workshop for my novels along with a sense of community. They have been direct, generous, and kind with their comments. I have learned as much, if not more, about my own writing by reviewing and giving feedback about their work. I highly recommend writing classes and workshopping for all beginning authors.

YOUR STORY INVOLVES JEWISH GENETIC DISEASES. IS THERE A PERSONAL OR PROFESSIONAL CONNECTION HERE?

As a health care administrator for many years, I always had an interest in genetic diseases. I wanted to provide a plot twist in the novel that required a Jewish genetic disease. During my research, I became aware of the amazing strides the Jewish population had made combatting Tay-Sachs and about Gaucher and the treatments that were refined during the 1970’s. It was all fascinating to me. I did a 23andMe medical panel on myself out of curiosity and am not a carrier of either. But a few years ago, my daughter, who had recently married and was screened, called to tell me that she was a Gaucher carrier. It was a surprising and impactful piece of information—information that I then shared with my husband and his family.

This program will also have a genetic counselor from JScreen to shed light on Jewish genetic diseases and answer any questions.

Join Debra at JCC’s Beckerman Cultural Arts Series on Thursday, Nov. 3, 7:30-8:30 p.m. The talk is both in person and on Zoom. Tickets are $5 per event; FREE for series ticket holders. For more info, visit jccnh.org.