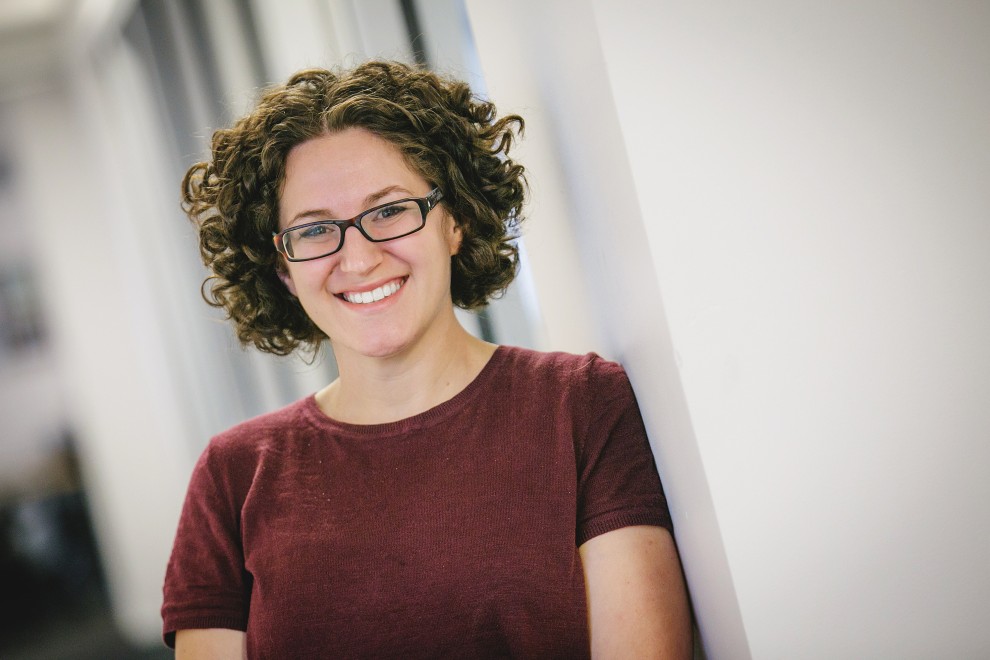 Many local Jewish children have grown into strong, devoted adults before leaving Greater New Haven to start careers across the country. Dr. Michal Raucher is one of them; she grew up in Hamden and is currently an assistant professor of Jewish studies at Rutgers University in New Jersey. She reflects on her childhood as a young Jewish kid in Connecticut and how her experiences here have helped shape her journey and career.

“I was born in New Haven at Yale Hospital; my first baby was born at Yale too, so it’s actually full circle!” Dr. Raucher says. She lived in Hamden until the age of 18 before leaving to attend school in New York City. After graduating from the Joint Program with The Jewish Theological Seminary and Columbia University, earning a B.A. in Hebrew Bible and a B.A. in religion, she continued relocating to pursue a Ph.D. and then her new career. This path took her to Philadelphia, Chicago and Israel before she returned to Hamden for a short year and then moved back to New York City. She relocated to New Jersey two years ago.

EDUCATION AS A VOCATION

Today she is happy in New Jersey. Her position at Rutgers is very meaningful to her. She tries to adapt her academic role as it has been affected by Covid-19.

“We had to transfer all of our courses in the middle of the semester to distance learning. I made a lot of changes to my syllabus to enable independent learning,” she mentions. The end of the semester came with a lot of challenges, but the assistant professor found creative and smart ways to help students find the time and methods to get themselves through it. “I served them as a guide and I gave them the opportunity to choose their final project,” she explains.

She considers that her job does not stop in the classroom. “I am always concerned about my student’s well-being. For example, I have first-generation college students or students working full-time jobs. I found myself prioritizing my compassion towards them and being supportive,” Dr. Raucher tells.

When asked if her Jewish identity plays a role in her academic position, her answer is unequivocal. “In a lot of ways, my Jewish values and the way I was raised influence the way I behave and interact with students as a professor.”

She explains that she has been surrounded by educators her entire life as both her parents were teachers. “I take it into my own teaching, but also in my research as that is the other part of my job as an assistant professor. I spend my time questioning, especially because my research is about human beings and understanding other people’s lives; it’s coming from the way I was raised as a Jew.”

Dr. Raucher’s childhood in the New Haven area molded her journey. “We were going as a family to Temple Beth Sholom every week. My mom worked at the shul for decades. It was a second home and everybody knew me. Older people in the community were extended grandparents. The rabbi’s kids are like siblings because I feel we grew up together,” she recalls.

She continues to feel very connected to the local community. “My parents still live in Hamden so when we come back to visit them, it's like a reunion at shul,” she says.

As an undergraduate, she had many interests—from journalism to medicine—and then decided on the study of religion from an academic perspective. Dr. Raucher wanted to understand how religious people see the world and act in the world, she says. Her masters in bioethics offered classes with formal philosophy and principles; but when she took a class focusing on the sociological element of bioethics and how people make decisions, she found her true passion. She combined it with her interest in religion.

A student at the time, she set a goal to work on Jewish bioethics and the perspective of Jewish people. The topic for her dissertation focused on if it was just what the rabbis state or if there were other ways to make medical decisions about pregnancies, including about birth control, abortion and prenatal testing. This study led her to Jerusalem for two years, where she conducted ethnographic research on reproductive ethics of Haredi women in Israel.

She now teaches and conducts research at Rutgers University, which is home to an estimated 6,400 Jewish undergraduate students and became the largest Jewish undergraduate population in the country. Her regular courses include Israeli Culture, Jews and Medicine, and Jerusalem Contested; they are open to everyone. “We have a lot of non-Jewish students, which is what it should be. You don’t need to be a woman to be taking a women’s study class. You don't need to be Middle Eastern to take a class about the Middle East. And you don't need to be Jewish to take a Jewish studies class,” Dr. Raucher states.

Her team works on attracting Jewish and non-Jewish students to classes about Jewish history or texts. As going to university is a way for students to get out of their comfort zone and enrich their knowledge, the assistant professor continues to honor this spirit with her open mind and rich Jewish values.

Dr. Michal Raucher’s book, Conceiving Agency: Reproductive Authority among Haredi Women, was published by Indiana University Press in November 2020. It can be purchased at amazon.com/Conceiving-Agency-Reproductive-Authority-Haredi/dp/0253050022.