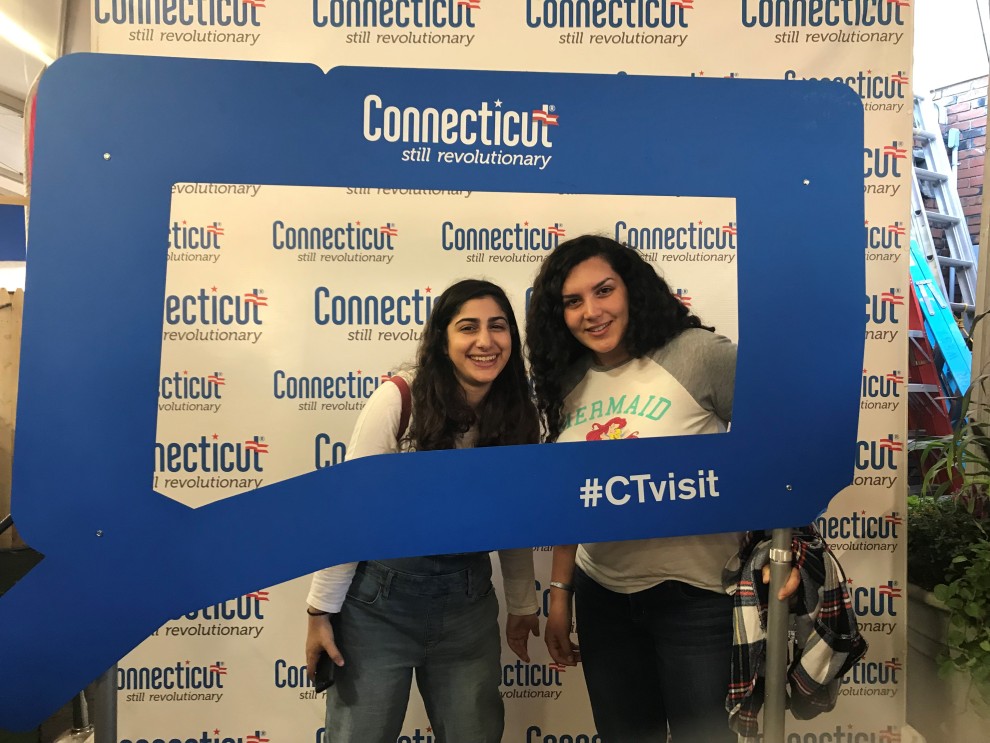 by Ziv Peleg & Noa Saitowitz
Our Young Emissaries from Israel

Why are most people afraid of new beginnings?

We are Noa Saitowitz and Ziv Peleg, the new Young Emissaries of Greater New Haven. Ziv is from Ram-On, in the Gilboa - Afula region and Noa is from Matan, half an hour from Tel Aviv. We’re both 18 and taking a gap year between high school and our army service, deferring it by a year and coming to Connecticut to volunteer in the Jewish community.

We arrived in Connecticut in late August, very excited, but also nervous about our new adventure. We’ve already met with amazing people, visited different synagogues and taught at Hebrew schools and at Ezra Academy. Lucky for us, we landed in a security net. Our host families, as well as everyone in the community, have welcomed us with open arms.

Since the beginning of the new year, we couldn’t stop thinking about how Israel made a significant step as it declared itself as a country. On Nov. 29, 1947, the UN gave permission for two states to be created within the state of Israel. Resolution 181 recommended the creation of independent Arab and Jewish States and a Special International Regime for the city of Jerusalem. After the proposal, Jews in Israel were so happy, they began dancing and singing in the streets. They were scared of the unknown, but they were happy because they knew it would be a positive change that would lead to a better life. Changes are hard. Even though it might take us a while to get used to everything, you will see us smiling, dancing and singing in the street, and excited just like everyone back in 1947.