Giving back is an integral part of our Jewish identity, and it is especially apparent in many of the families in the Greater New Haven area. Seeing how multigenerational families are so involved in our community motivates us to do the same. There are many examples of those giving back with their time, financial resources and/or skill sets. As we celebrate Mother’s Day and Father’s Day this year, it is especially fitting to highlight how generations inspire each other. 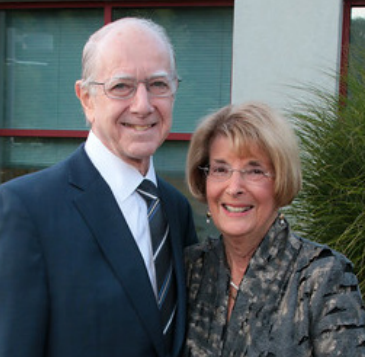 THE WALLACKS: Philanthropy Across New England

Branford residents Milt and Joan Wallack both remember being brought up in a philanthropic environment as their parents were very involved in their respective communities in New York and Massachusetts. Each was instilled with the knowledge that one should take an active role in making a difference for others. Through their philanthropy and volunteerism, each has modeled how to be impactful to their children.. Milt is a past president of the Jewish Federation of Greater New Haven, past chair of JCRC and was on Congregation Mishkan Israel’s board, among other leadership positions. Joan has served as a Department of Jewish Education chairperson; co-chaired Mishkan Israel celebrations, Young Leadership and several Israel missions; and served as a Federation and Women's Division board member.

“Our children were involved as kids because they saw how much we loved what we were doing for the Jewish community. They grew up participating as we led a number of missions to Israel and locally in Super Sunday—now called Mitzvah Day. They had a sense of Jewishness throughout their childhood. They respected what we did by virtue of what they have continued to do as adults and what they teach our grandchildren. We all recognize that we are blessed and we have more than our fair share; at Shabbat dinner—whether our kids or grandkids are with us—they understand that they are privileged and need to give back.”

And they have. Their daughter Marjorie, who practiced law in the New Haven area, eventually became a campaign chair and took on other leadership positions for the Jewish Federation in Springfield, MA, as did her husband for the Jewish Fund.

The Wallack’s son, Neil, is heavily involved in the Boston Jewish community. In addition to serving as President of the Combined Jewish Philanthropy (CJP), Neil is currently on the board for Jewish Federations of North America (JFNA) and Joint Distribution Committee, and involved with AIPAC. One of the current projects he is involved in with JFNA’s impacting growth pillar committee is of interest to the Greater New Haven Jewish community as they delve into how to reengage and stay relevant with a broader spectrum of the Jewish community during these challenging times.

Neil’s wife, Lisa, also has amazing role models with her parents, Marilyn and Dr. Gerald Fishbone, being very involved in the New Haven community; her mother worked closely with Sydney Perry and the Jewish Federation for many years. Lisa has been campaign chair for Jewish Federation in Boston, worked with the leadership development and Acharai programs, and chaired the Boston-Haifa connection for CJP. The Wallack’s grandchildren are all involved as well, whether it is volunteering for CJP, writing a graduate thesis about the way Jews have survived as a community, or in other ways. 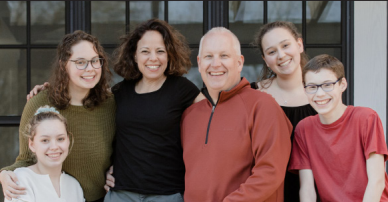 THE FLEISCHMANS: Bringing Up to Give Back

Steve and Andrea Fleischman lead by example. Through their volunteer work, currently serving as President of the Jewish Federation and a co-chair of Dignity Grows. Grows, respectively, they are inspiring their children to follow in their footsteps. Their oldest daughters, Samantha and Julie, have won awards for their volunteer work.

“How would you define tikkun olam?” Steven asked. “For me, it’s being a part of the community we are living in and making that community a better place. Some of those opportunities have been the most rewarding in my life. It is incumbent on the rest of us to volunteer for those that can’t. And missions require money to make things better for others. It doesn’t have to be a lot; but if everyone gave a little, it would have a huge effect. Start early with donating time and money. Some of our proudest moments as parents were watching our kids giving back, encouraging their ideas to support others.”

“We are committing to pay it forward to ensure the vitality of the Jewish community,” Andrea said while her daughter Julie nodded in agreement. “We never said, ‘you need to do these things,’ but our kids saw what we were doing and we encouraged what they were interested in doing. Finding what interests your kids is very important; let them find their mission and passion.”

“My parents have modeled the importance of being involved with Jewish life and community through our B’nai Jacob synagogue and Jewish Federation,” Samantha said. She was a founding member of JTE during high school and is now helping to start a group for Jewish women at Yale University on campus to participate in social, educational and community service opportunities. Both Samantha and Julie taught religious school and volunteered in the B’nai Jacob office.

“Every agency has their core base of people who are supportive. When you realize the scope of the involvement of our community, and that the number of agencies and synagogues do not survive unless you have a base of individuals who are donating time, resources and money, it is amazing and inspiring,” observed Steven.

Shalom Baby Co-chairs Dr. Stephanie Wain and Shelley Kier are another example of multigenerational philanthropic collaboration. Wain’s first involvement in the community was when the family moved to the area in the late 1980s and the children began attending Ezra Academy.

“I realized moving here that there were places where help was really needed at Ezra Academy and in the community. There are dollars and there is time. I could only donate so much time being a doctor and a parent to two kids. My children saw me supporting my Jewish community at Ezra, the Federation, AIPAC, ADL and more. The Jewish community is an extension of our home,” said Dr. Wain.

Kier is following in her mother’s footsteps as she was pulled back to this community that she wants her kids to grow up in. She was living in New York City with her husband, working as a general counsel for Yachad. She wanted to come back specifically to the Ezra Academy and B’nai Jacob community. Now she works for Children’s Community Programs of Connecticut as an education advocate and attorney. Dr. Wain’s daughter Melanie is also choosing a profession geared toward giving back as she does her residency in oncology.

“Volunteering and helping other people is a great part of who we are as humans, whether it is donating a can of food, putting money in the tzedekah box or more,” explained Kier. “It gives us a feeling of being useful and part of something bigger; it gives us the power to help, heal and hope. We are lucky to be able to give back individually and as a family. We are appreciative of the opportunities and choices we have to give back through the Jewish and general community.”