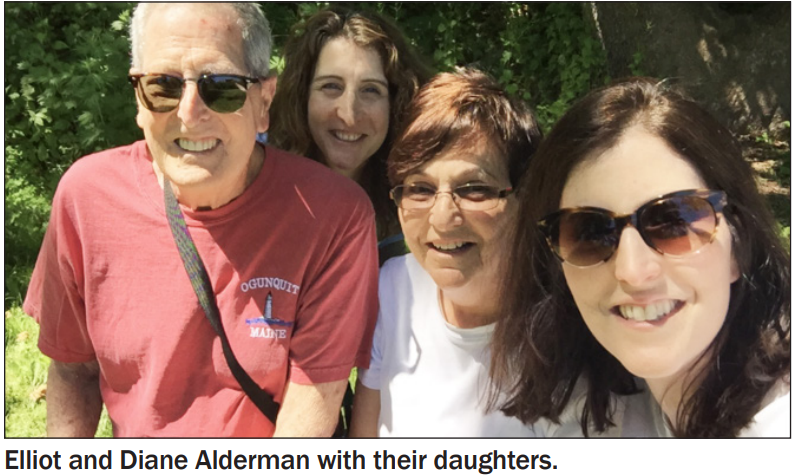 “When my brother Elliot passed away last September,” says Norman Alderman, “I knew that the best way to honor his memory was to establish an endowment, in his memory, to benefit Temple Beth Sholom.” The Elliot S. Alderman Memorial Fund for the benefit of Temple Beth Sholom, which is supported by Norman and Caron Alderman, Elliot’s wife Diane, and Diane and Elliot’s daughters, Jennifer and Cyna, “perpetuates his involvement with Temple Beth Sholom—the synagogue to which he was so dedicated.”

As a current Board member of Jewish Foundation of Greater New Haven, Norman Alderman recognizes the significance of creating this tribute. “Elliot was a member of TBS for decades--a past president who was involved in so many synagogue-related committees, fundraisers and projects, as well as other activities and organizations within the community,” he notes. “My older brother and I were both raised in New Haven and we became active with the Jewish community during the ‘70s, when Young Leadership was officially formed. But anyone who knew Elliot also knew that he was most devoted to Temple Beth Sholom. This fund will allow Rabbi Scolnic to continually fund new projects at the synagogue.”

When Rabbi Benjamin Scolnic assumed the pulpit at Temple Beth Sholom, he recalls Elliot making a strong first impression. “He was a young synagogue president in his 30s, even before my tenure,” says Scolnic, “and he was always thinking a few steps ahead.” The two men quickly developed a close working relationship that blossomed into a friendship. “He was a pillar of the synagogue,” Scolnic shares, “an extremely genuine, loyal and consistent person-- the same person as a husband, father, synagogue member, community member, employer, and businessman” who approached everything he did with “devotion and consistency”. Especially since Alderman, “was deeply involved with the endowment committee at TBS, and had a vision for our future,” Scolnic appreciates the lasting impact that this fund will make. “It makes sense that his family members established an endowment in his memory. He and his brother worked well together and were always so supportive.”

Although the loss of his brother was deeply felt by family, and friends, and Temple Beth Sholom congregants, Norman Alderman takes great comfort in the knowledge that, “this fund will continue to keep Elliot’s name alive.”