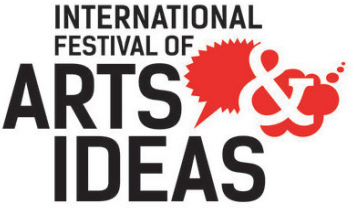 The Jewish Federation, Foundation, and JCC will sponsor the New England premiere of “The Merchant of Venice” at the 2018 International Festival of Arts & Ideas.

In an utterly unique theatrical event, New Haven’s 2018 International Festival of Arts & Ideas brings one of Shakespeare’s most well-known and controversial plays, “The Merchant of Venice,” to the Yale Law School Courtyard. The festival will feature five performances, with opening night set for Tuesday, June 19.

First staged in Venice to commemorate the establishment of the Jewish Ghetto 500 years ago, the Compagnia de’ Colombari’s new production, directed by Karin Coonrod, features a cast of five multi-ethnic actors to explore Shylock’s complex humanity as a father and merchant, villain and victim.

“Festival 2018 promises an unforgettable lineup of thrilling theatre, music, and dance performances, enhanced by in-depth discussions that help illuminate the connections between the art on our stages and in our own lives as citizens of New Haven, of the United States, and of the global community,” said Chad Herzog, CoExecutive Director of the International Festival of Arts & Ideas.

Tickets for all performances can be purchased at www.artidea.org or by calling the box office (888) ART-IDEA.