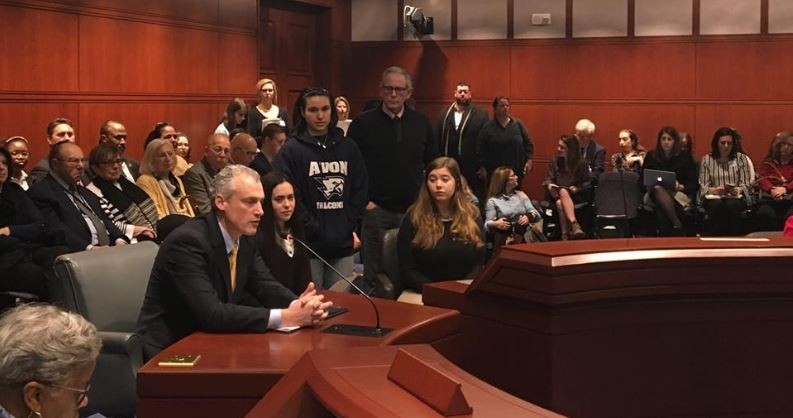 The Jewish Community Relations Council of the Jewish Federation of Greater New Haven applauds the Connecticut House of Representatives for unanimously passing Senate Bill 452, in concurrence with the Senate, which adds Holocaust and Genocide Education to the social studies curriculum of Connecticut’s public schools.  The bill now heads to the Governor for his signature.

“We are thrilled with the passage of today’s legislation.  As we have seen in recent surveys, Holocaust and genocide education is needed in our schools, and this legislation will create countless teachable moments regarding humanity, compassion and being up standers for current and future students.” said Michael Bloom, Director of JFACT.

A survey, conducted by the Conference on Jewish Material Claims against Germany, found that there are critical gaps in America, both in awareness of basic facts and detailed knowledge of the Holocaust, but that there is a broad-based consensus that schools should provide comprehensive Holocaust education.

Senate Bill 452 allows schools to use existing public and private materials, personnel and other resources to reduce any cost a school may incur.  In addition, the legislation allows a local or regional board of education to accept gifts, grants and donations, including in-kind donations to implement this bill without cost.

The Jewish Federation of Greater New Haven’s JCRC is proud to partner with JFACT, an advocacy organization that represents the seven Jewish Federations across Connecticut on issues of importance to the Jewish community and in support of Israel.