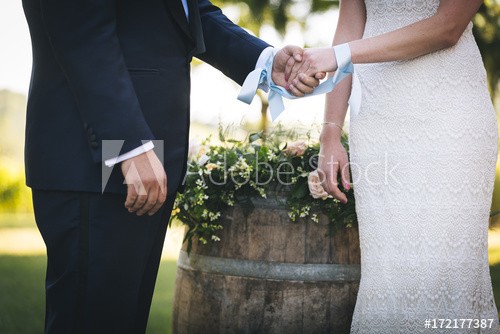 Anna and Clifford Merin have been living in the Greater New Haven area for only a few years, but it already seems like they are long time members of the local Jewish community. Since 2017, they have been using their energy and joy to support several Jewish Federation organizations.

Shortly after their engagement a few years ago, the young couple jumped into local Jewish life, joining the initial committee of jHaven Young Adults. It allowed them to network with other young professionals and participate in experiences with young leaders for almost two years. A few months later, Anna decided to attend the Women's Philanthropy Handbag Bingo event and immediately became involved in the committee. Last summer, they also co-chaired the Mega Event, which raises funds in order to sustain Jewish life in Connecticut, in Israel and in more than 70 countries by supporting Jewish education, caring for the elderly and reviving Jewish life for communities in need. Their commitment to local Jewish life is deeply rooted in volunteerism.

Anna Rothfus Merin comes from a larger Jewish community, but she had slowly backed away from the Jewish scene after she celebrated her bat mitzvah. It was during her experience on a Birthright trip in 2014 that her connection to Judaism began to grow. “That's when everything clicked, I started to go back to synagogue, to meet community members and joined the online dating site Jdate,” she recalls.

Clifford A. Merin, who is now an attorney at Cohen & Wolf in Bridgeport, has a modern orthodox background, and went to Jewish schools from nursery to high school, he reports. He was strongly involved in Jewish activities and maintained a strong relationship with Judaism, observing many mitzvot and making them part of his everyday life. During his years in college, he slowly parted from this way of life until he decided to subscribe to Jdate and met his soulmate in early 2015.

“Anna invited me to service on Friday night, I reluctantly responded to her invite to shul, and then something sparked in me. I thank Anna for this new perspective on Judaism, where it is not just about the ‘religious/observant aspect’ because we have a definite culture,” he says.

Since that time, they both have been involved in branches of the Jewish Federation. It is for Clifford A. Merin, “a community, a place we feel welcome, and a warm Jewish community that provides a sense of familiarity.” To him, the organization has a fundamental role for the community. “The Jewish Federation I know is always going to be there for me, they help embolden our Jewish identity as individuals and as a community,” he states.

For Anna, the organization has given her a sense of belonging. The scope of the Federation’s mission has also impressed her. “The Jewish Federation gives back to the community in a way we didn't even know when we first got involved. A Jewish community of course is local, but what we both appreciate the most is that not only it does everything to support the local community, but also the global Jewish community,” she stresses. Anna mentions the vast amount of programs the Jewish Federation has been able to create here and abroad. That's why her involvement is very important to her. While she is busy preparing to start working as an attorney at Day Pitney in West Hartford after she takes the bar exam, she already plans to co-chair another event for Women’s Philanthropy this summer.

The Merins expect their involvement to grow even more as they build their lives in the Greater New Haven area. We look forward to seeing the impact this young couple has on the local community!