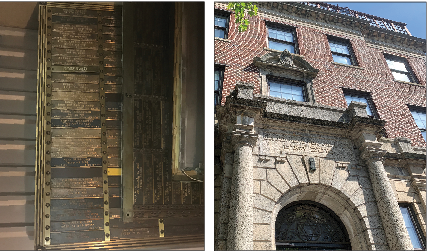 Grants for the Elderly
The Jewish Home Building Fund Corporation’s cash assets were transferred to the Jewish Foundation to establish permanent, designated endowment funds to benefit the Jewish elderly. The Jewish Foundation established a grants process for the annual distributions from these endowment funds. These annual grants support programs and organizations that benefit the Jewish elderly residing in greater New Haven. Now in its second year, this initiative will award a total of $150,000, in 2021, to Jewish Family Service of Greater New Haven (JFS) and The Towers at Tower Lane (In 2020, a total of $130,000 was awarded).With this grant, JFS will help community members care for their aging parents by rolling out its Care Navigator program. JFS CEO Amy Rashba, LCSW, told Shalom New Haven that the new program will hire “two Aging Resource Specialists and a Community Social and Wellness coordinator who will address more pressing needs, not just for the elderly, but their loved ones as well, particularly after the devastation of the pandemic.” These specialists will be able to educate and guide families through the complicated decisions that come with aging.
Cindy Leffell, The Towers Board Chair, shared that they are "proud to be tackling one of the major ongoing problems faced by New Haven's seniors — food insecurity." The grant money will be used toward the Meal Sustainability Project, helping feed those in need, thus upholding the Jewish value of kavod habriut, honoring human dignity. As stated in the Towers' grant application, "typically, organizations try to solve the problem of food insecurity each year through volunteer programs, drives, or through private donations. We are actually going to come close to solving the problem for the long-term." Specifically, the project aims to expand the existing meal plan, for those in-need, from six to fourteen meals a week, expand the hours and availability of food, and make The Towers at Tower Lane more energy efficient overall.
The COVID-19 pandemic has forced many older adults into isolation and added further complications to an already complicated stage of life. In light of this, the Care Navigator program and the Meal Sustainability Project should provide some much-needed assistance to Greater New Haven’s Jewish elderly.
The Jewish Foundation's Grants for the Elderly initiative is available thanks to the Jewish Home Building Fund Corporation as well as community members who donated generously to ensure that our community would properly care and provide for our elderly.

Jewish Home Archival Materials-Jewish Historical Society Digital Archive
New Haven’s Jewish Home for the Aged, which was located on Davenport Avenue, may be gone, but a partnership between the Jewish Foundation of Greater New Haven and the Jewish Historical Society of Greater New Haven (JHS) will assure that it and its effect on the city’s Jewish life and history will live on.
The Jewish Home’s paper records, gifted from the Jewish Foundation to the JHS, are of significant historical value and will help to fill out the already extensive collection of Jewish Home documents.
The JHS will use the grant to hire an archivist to work at least 20 hours per week over a two-year period. Beyond supervising the cataloguing of the Jewish Home material, the first goal will be to create an online database that encompasses both previous materials and the new accessions. The archivist will oversee the digitization of Jewish Home records, photographs and artworks and create a database from the Jewish Home’s large number of Yizkor plaques.
Ideally, the archivist and the JHS staff will create a digital display of the Jewish Home materials and also will work with Brian Real of the Southern Connecticut State University (SCSU) library science department to determine if it is possible to integrate the JHS archival materials into the SCSU library’s digital catalogue. The Jewish Home’s collection will be the first to receive this treatment and will serve as a model for other JHS collections.

Former Jewish Home for the Aged Torah Scrolls
Eight Torah scrolls which belonged to the Jewish Home for the Aged in New Haven and had been in storage since the Jewish Home closed in 2011, have recently found new homes. Some of the recipients include Temple Emanuel, the Jewish Israeli Center, The Towers at Tower Lane and Camp Laurelwood.  Rabbi Farbman of Temple Emanuel explained that his community is “very excited to hear that [it] can become a long-term guardian of such a scroll” and that they “look forward, following some minor restoration, to 'welcoming' this scroll into [their] ark!” At the Jewish Israeli Center, Rabbi Raskin stated, “it’s an honor to make use and extend the life of a Torah that belonged to a community that doesn't exist anymore, and to make it accessible to people on a weekly basis.”
The Greater New Haven community is in a uniquely fortunate position, being able to distribute so many fully-functional Torah scrolls after over a decade in storage. “It is so meaningful that this Torah, used by our community’s elders and senior population will once again bring Judaism, learning and joy to The Towers community,” explained The Towers at Tower Lane’s President, Gustave Keach-Longo, “It is so fitting that this Torah will continue its legacy in the primary home for Jewish seniors and services in Greater New Haven. Our community will cherish this gift for years and years to come.”