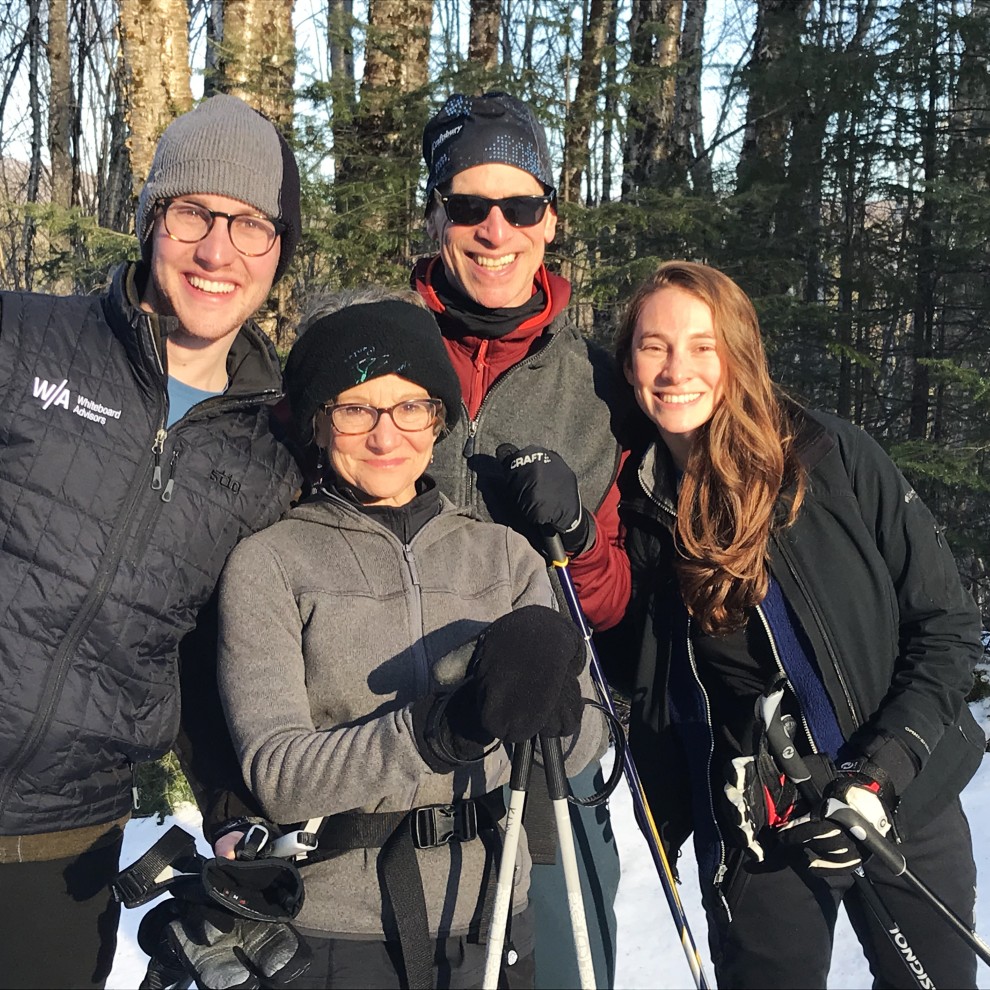 Husband and wife Drs. Kal Watsky and Debbie Fried have always been generous in donating their time and money to the Jewish community. Over the years, they and their children, Benjamin and Rebecca (Ben and Reba) have established funds at the Jewish Foundation of Greater New Haven, where Dr. Watsky is a member of the Board of the Trustees, to support the programs and organizations that are most important to them.

Most recently, they created the Watsky Fried Family Fund with the first fund distributions going to support the Jewish Federation and Jewish Foundation of Greater New Haven’s COVID-19 Maimonides Response initiative, as well to the Jewish Community Center to support the swimming pool. Through their family fund, the couple also provided that when they pass, a percentage of the fund will be used to establish a permanent family endowment for their synagogue, Congregation B'nai Jacob, and for PACE (Perpetual Annual Campaign Endowment, a designated/restricted fund which endows their Jewish Federation annual campaign gift) with the remainder to continue as a family fund, with their children and future grandchildren as donor advisors.

“We have been fortunate to be part of a vital community and want to do our part to help secure its future,” Dr. Watsky explained.

They have been members of the JCC since it first opened in Woodbridge in 1993. In addition to enjoying a wide variety of classes over the years, such as karate and spinning, they have participated in communal events, such as Taste of Honey and the many Israel fairs, as well as professional events, such as meetings of the Maimonides Society.

The JCC pool, in particular, has provided the couple an especially welcome respite during the stressful times of the pandemic. “We resumed swimming at the JCC in the fall and have gone several times weekly since then,” Dr. Watsky said. “It's a great way to exercise at any time and we're grateful for the opportunity.” He added that the JCC staff has done a superb job mastering the ever-changing and difficult safety protocols of the pandemic.

Another place of respite for their family has always been their synagogue. They first became involved at B’nai Jacob in 1995 when their oldest child, Ben, started pre-school at Gan Hayeled, and their daughter, Reba, soon followed.

Dr. Watsky has served as a member and chair of B’nai Jacob’s Religious School Committee as well as a past board member. He has also chaired their Social Action Committee, which raises money for the Downtown Evening Soup Kitchen, Habitat for Humanity and local coat drives. In 2017, he was a recipient of the B’nai Jacob Shem Tov award.

Dr. Fried also served as a board member and an executive committee member. She was a member of the Social Action Committee, a parent volunteer for the B’nai Jacob Religious School and performed with the B’nai Jacob Players Production for many seasons. She continues to be an active member of their Kol Nidre Choir.

Their children grew up at B’nai Jacob, attending religious school there and also volunteered in the madrichim program. They both received the Herbert Epstein Prize leadership award as high school seniors. Reba also worked as a volunteer for the Gan Hayeled summer camp.

Reba and Ben each established a Build a Tzedakah Fund at the Jewish Foundation of Greater New Haven. “We encouraged our children to start Tzedakah Funds at the time of their b’nai mitzvah,” Dr. Watsky explained. “It's a way for them to retain their connections to the New Haven area while engaging in philanthropy.”

After Dr. Watsky’s father, Stanley, died in January of 2006, the couple also established the Fried-Watsky Tikkun Olam Fund at the Jewish Foundation to benefit the programs and organizations supported by B’nai Jacob’s Social Action Committee.

In addition to serving on the board and being active in B’nai Jacob’s committees and religious services, the family has celebrated many life cycle events there over the years. “We currently appreciate the depth and breadth of adult education programming, the growing social action opportunities, and Rabbi Shapiro's commitment to lifelong learning and spiritual growth,” Dr. Watsky said.

He said it is thanks to the strong role models in their families, in their professional lives, and also in the Jewish community as a whole who have inspired the entire family in so many ways to give back.

To find out how to create your family legacy, contact Lisa Stanger, Executive Director of the Jewish Foundation, at (203)387-2424 x382 or lstanger@jewishnewhaven.org, or go to newhavenjewishfoundation.org