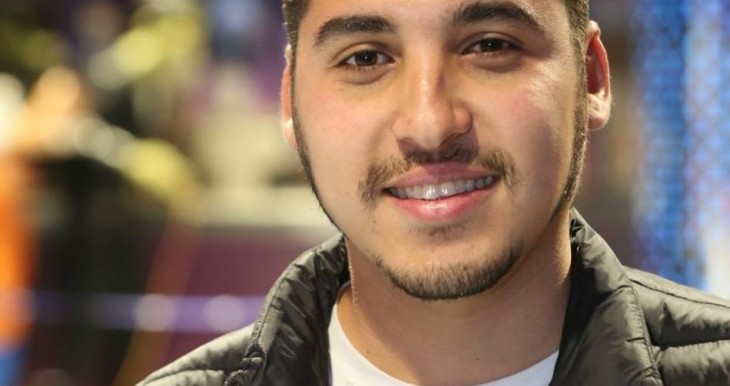 Born to an Israeli father who emigrated from the Jewish State to Venezuela, Tony flipped the script by leaving Venezuela for Israel at age 16 as part of Na’ale: The World’s Jewish High School, a Jewish Agency program which allows parents in Jewish communities abroad to register their 10th-grade children for three years of tuition-free Israeli high school. Na'ale covers room and board, a monthly stipend, fees for extra-curricular activities, home hospitality, and other support services. The vast majority of Na’ale participants successfully graduate from high school and make Aliyah (immigrate to Israel).

“My life in Venezuela was not bad, but it was not a life of meaning,” Tony says. “Here I learned in high school, served in the army, and fulfilled public service. This type of self-realization is something I did not experience in Venezuela. In the State of Israel, you can grow as a person. I very much love what I’ve been doing here since I made Aliyah.”

Upon moving to Israel, Tony enrolled in ulpan (intensive Hebrew language program) at Kibbutz Kfar Ruppin in northern Israel. He spent two and a half years at that kibbutz while completing his immigrant absorption process, before entering the IDF. In the army, he took a three-week course in combat preparation before being assigned to the elite Golani Brigade, where he served for three years, including in 2014 for Operation Protective Edge in Gaza.

After his release from the army, Tony received assistance from an economic and employment tutor from the Wings program. He was advised to enter a preparatory program to improve his chances at getting admitted to university, and indeed, he enrolled in such a program at Bar-Ilan University and was later accepted by the IDC. Now, he is a second-year student there.

I knew I was taking a financial risk and an academically challenging path by enrolling in university. But I wanted to study governance and strategy, and I have a strong desire to succeed in Israeli society,” Tony says.