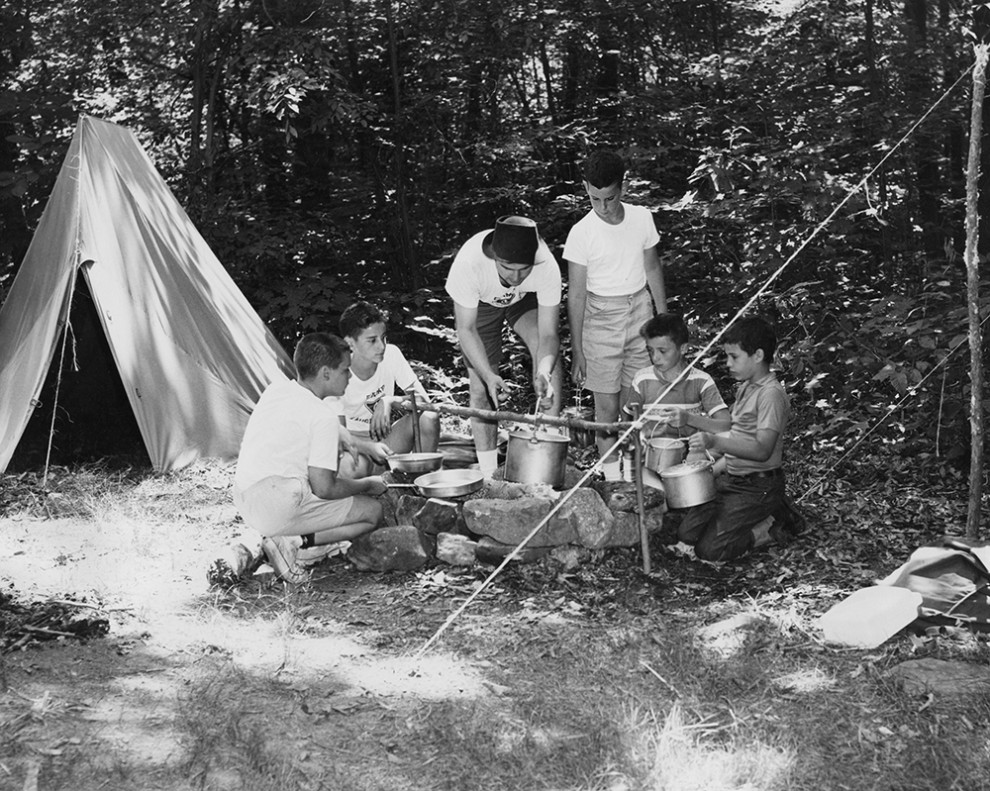 How did it all start? From what humble beginnings? From whose dreams? Aided by the memories of many individuals, we have gleaned the following history of the work of many dedicated volunteers whose names were never recorded. Camp Laurelwood has grown through the generosity and efforts of many people. Some are well known while others are known only in the hearts and minds of families and friends. Camp Laurelwood was started by The Women’s Assembly, an auxiliary group of the New Haven Jewish Community Center. The same group established the Camp Laurelwood Scholarship Fund.

From 1931 to 1936, and inspired by a Jewish camp in Massachusetts, Camp Laurelwood began as a day camp facility. But after 1936, the rapidly growing operation no longer fit its rented space along the Pine River in Northford, Connecticut. After an exhaustive survey to find a suitable permanent location, the current property in North Madison, Connecticut was purchased.

Camp Laurelwood started with no money in the bank; it had only the spirit, devoted service and will of self-sacrificing men and women, to provide deserving Jewish children from New Haven the benefits of a summer camp experience. A $1,000 loan from the New Haven Jewish Community Center covered more than one-third of the $2,850 purchase price for the North Madison property.

Tents were staked out to house the children, camp director and staff-one side of the road for girls and the other for boys. The first essential need was drinking water, which was obtained by driving a 200-foot deep well into the bedrock. The dining hall from the rented location in Northford was disassembled, transported to North Madison, and erected on a new foundation. Part of the building was used for a small office.

Written by Bertha Konowitz, 1911-2008. Bertha served on Laurelwood’s board along with her husband Jack for many years and was considered the Camp’s Historian. This piece was also published in ‘The “Official” Coffee Table Book’ - FUN, FRIENDS, FOREVER - 75 Years of Camp Laurelwood Memories.