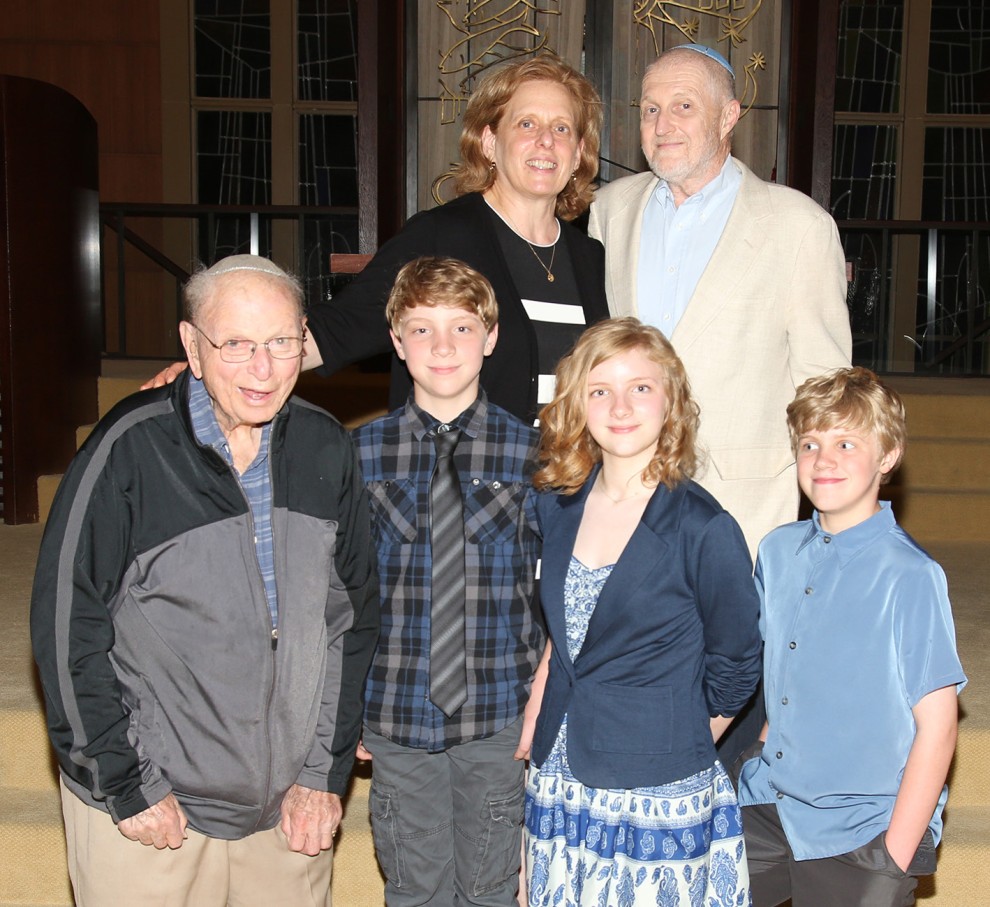 The Tillie L. and Albert B. Friedman Fund for Jewish Education in honor of Sophia, Aaron and Benjamin Bruce

Harriet Friedman‘s primary motivation behind setting up this fund was to honor her parents “in a most meaningful way.”

“Tillie and Albert are my parents, Sophia, Aaron, and Ben are their grandchildren (my children),” she explains. “My mother died in 2011, my father in 2015, but the kids are filled with memories of being with them… especially on Jewish holidays.”

Synagogue, Judaism and Jewish learning were all central themes in Harriet Friedman’s Philadelphia childhood home. As first generation Americans, her parents “opted to direct their limited resources to get the best Jewish education available for their kids.” Both Harriet and her brother Sidney attended a K-8 comprehensive, after-school Hebrew/religious academy and continued their Jewish studies through high school courses at Gratz College.

When she finally settled into New Haven, Harriet was able to find a similarly, “rich foundation of Jewish learning and a template for Hebrew studies,” for her children at Ezra Academy. “My parents were incredibly pleased,” she recalls. “For as long as they were able, they participated in Ezra events… attended the kindergarten and first grade prayer book functions and their joy was palpable.” She would send her father images and recordings of “my kids reading Torah or l eading the service at Ezra and he would rejoice.”

Friedman feels lucky to be able to honor her parents by creating a Donor Advised Fund and to direct it toward furthering Jewish education in their ‘adopted’ home, New Haven. “I think Jewish education is key for maintaining and growing our Jewish community,” she adds.” My parents believed this, as does my family.”

To find out how to create your Donor Advised Fund, contact Lisa Stanger, Executive Director of the Jewish Foundation, at (203)387-2424, ext. 382, lstanger@jewishnewhaven.org or go to newhavenjewishfoundation.org.