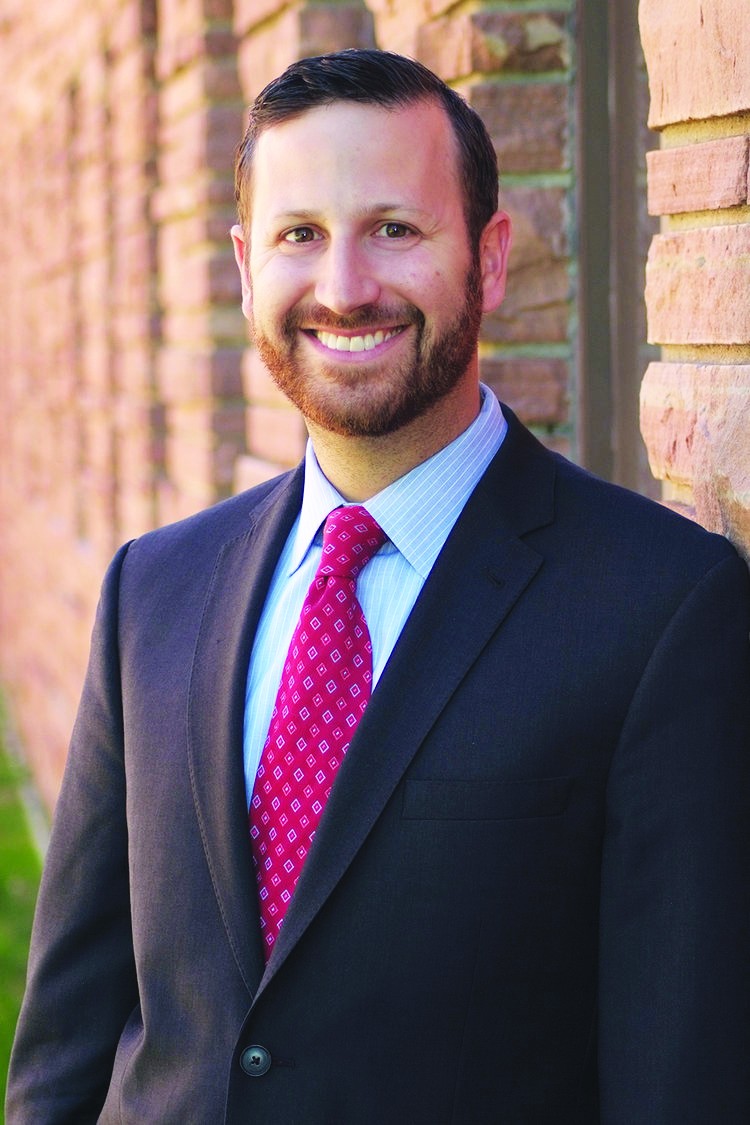 Recent studies conclude that the young people who attend Jewish summer camp are more Jewishly engaged as adults, and Rabbi Brian Immerman, Congregation Mishkan Israel’s new rabbi, is living proof of this. Rabbi Immerman grew up in Shaker Heights, Ohio, and spent many joyful summers at Goldman Union Camp Institute in Zionsville, Indiana. He also took a teen trip to Israel and worked as the program associate in the Youth Division of the Union for Reform Judaism. He said it was these experiences from the age of 12 on that truly helped cement and strengthen his Jewish faith and ultimately led him to become a rabbi.

Rabbi Immerman grew up in a Reform/secular type of household with his parents, Michael and Irene, and his brothers, Jason and Matt, and attended Temple Tifereth Israel in Shaker Heights.

He received his bachelor’s degree in computer science from the University of Rochester and briefly worked in banking before deciding to pursue his calling to become a rabbi.

Immerman attended Hebrew Union College – Jewish Institute of Religion (HUC-JIR) and received his master’s in Hebrew literature and rabbinical ordination at HUC-JIR’s New York City campus. While at HUC-JIR, he was a Shusterman Rabbinic Fellow, a joint collaboration between HUC-JIR and the Jewish Theological Seminary intended to foster innovation and vision in congregational rabbis.

In 2012, Rabbi Immerman joined Temple Emanuel, a Reform congregation in Denver, first as the assistant rabbi and then as associate rabbi.
Immerman’s strong commitment to social justice is what first drew him to apply to Congregation Mishkan Israel. “That is the core of my rabbinate calling,” Immerman said. In Denver, Rabbi Immerman was actively involved in the community, serving on the board of the Denver Jewish Community Center as well as Hazon’s Denver Advisory board. He was also active in Together Colorado’s Interfaith Clergy Network.
He is stepping in as spiritual leader of Congregation Mishkan Israel after Rabbi Herbert N. Brockman, who is retiring after three decades of service.
Congregation Mishkan Israel, which is the oldest Jewish congregation in Connecticut, the 14th oldest continuous
operating synagogue in America and the oldest continuing synagogue in New England, has a long history of social justice and advocacy.
Immerman said he is humbled by the enormous legacy that Brockman leaves as well as the vibrant rich 175-year-old history of the congregation itself. One of the phrases he keeps repeating to himself is, “The old will become new again and the new will become holy.”
“It’s important not to look at this as me stepping into his (Brockman’s) shoes,” Immerman said. “We’re taking his shoes and bronzing them and I’m bringing my own.
“Everyone has their own path, their own journey,” he added. “I’m a different person.” Immerman brings a different style and personality, but he wants to ensure that the important touchstones of the congregation are kept. His most important goal is to listen to CMI’s members.
“It’s going to take time to get to know people,” Immerman admitted, but he stressed that his time at CMI is not short-term. “I am looking to be all in,” he said. Immerman has been overwhelmed by the warm welcome he has received. At his first meet and greet with the congregation, it took him 20 minutes to just get in the door. “Everyone is so warm,” he said. “They take such pride in their synagogue.”
While Temple Emanuel in Denver was much larger, Immerman said it was a blessing to get to know so many families and he is looking forward to getting to know CMI’s families.
Immerman, his wife, Jenny, and their daughter, Maggie, who is six months old, will be living in Hamden.