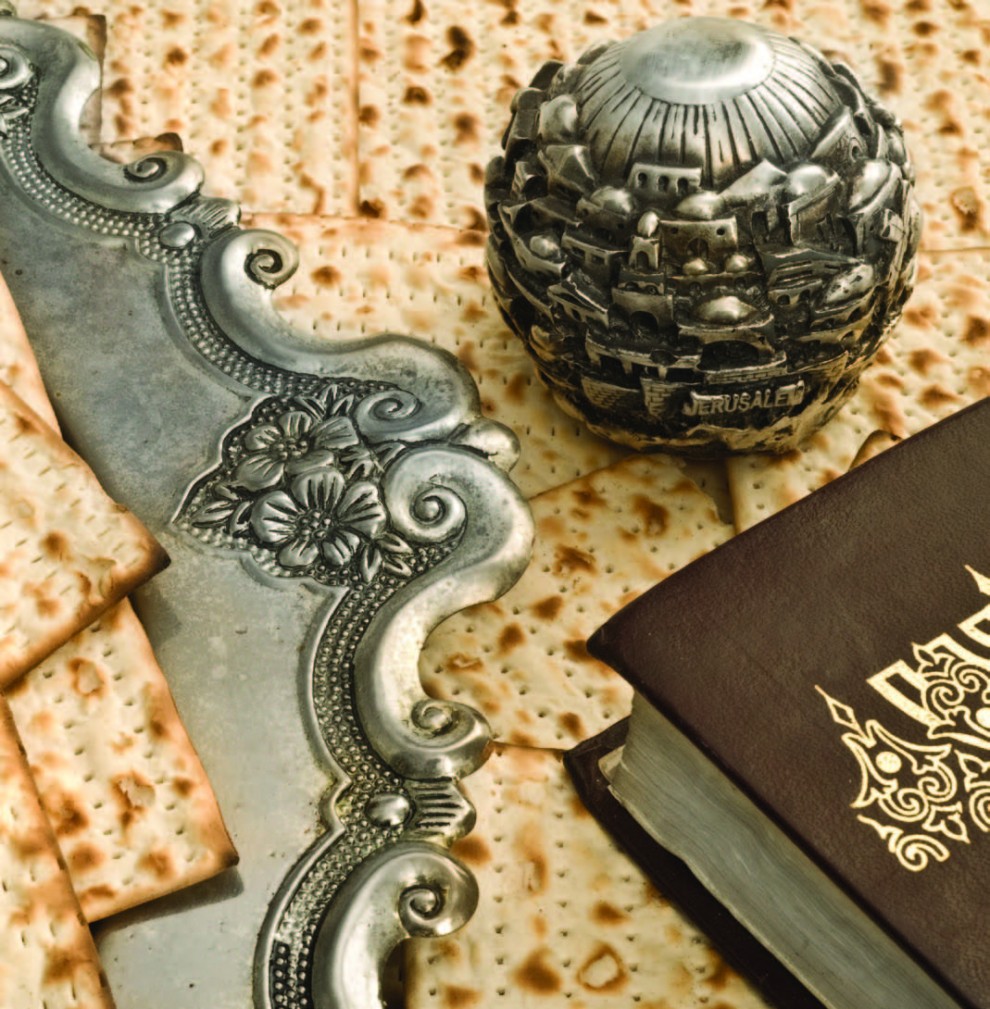 Making the Passover Seder Available to All
The extra cost of purchasing kosher-for-Passover products can be a burden for people in the community as they prepare to celebrate the holiday. This year, Jewish Family Service of Greater New Haven will provide bags of Passover food and supplies for 125 individuals and families in need, as part of Project H.O.P.E. (Help Our People Everywhere). Project H.O.P.E. delivers kosher-for-Passover food bags directly to senior citizens and people in the community through Jewish organizations throughout Connecticut.

Project H.O.P.E. began in the 1960s to provide community members who were not able to afford it with the special food needed for Passover. The program was started by B’nai B’rith in New York, but now serves communities in Boston, Philadelphia, Maryland, Virginia and Washington D.C., along with Connecticut. More than 380 food bags were packed by volunteers last year and distributed throughout Connecticut. Jewish Family Service’s food pantry serves people in the Greater New Haven area who are at or below the poverty line, as well as those who are nutritionally at risk. The Food Pantry and Nutritional Health Center offer non-perishable foods, fresh produce and frozen items to individuals and families in need as a monthly supplement.

The pantry serves more than 3,000 families and distributes over 100,000 lbs. of non-perishable and perishable food per year as either supplemental or emergency food yearly to individuals and families in the Greater New Haven area. The largest group of pantry users are age 60 and above who have medical issues and limited or special diets. The remainder is broken down to those who are 26-59 years old. The pantry serves approximately 118 children in any given month.

JDC Brings Passover Hope to Eastern Europe
Jewish Federations across the U.S. have partnered with the American Jewish Joint Distribution Committee (JDC), which provides humanitarian assistance to over 70 countries, including Israel, and strives to “alleviate hunger and hardship, rescue Jews in danger, create lasting connections to Jewish life, and provide immediate relief and long-term development support for victims of natural and man-made disasters.”

The JDC provides basic necessities such as food, medicine, home care and winter heat, for hundreds of thousands of Jews living in places without any other social services. Many of these people live in areas of political turmoil and continued conflict.

After the collapse of Communism, Jews in Eastern Europe and the former Soviet Union struggle with poverty. One out of three JDC clients in Ukraine lives below the poverty line and many don’t have the money to buy food. To help these people keep food on their tables, JDC’s Food Card Program provides a monthly pre-paid debit card to over 98,000 elderly and 13,800 children and families, allowing them to shop at their local supermarkets.

For Jews around the world Passover represents freedom and hope. JDC makes sure that Jews in need have the essentials of their Passover Seder. Throughout Eastern Europe, JDC volunteers bring matzah and other Passover supplies to the elderly, and host Passover Seders, ensuring everyone can celebrate.

The funds raised through the Jewish Federation of Greater New Haven’s annual campaign are distributed to Jewish Family Service and to the American Jewish Joint Distribution Committee through the Jewish Federations of North America. Each gift to the annual campaign makes an impact in countless ways. When sitting at your Seder table remember that your gift helped others who are less fortunate celebrate the holiday.