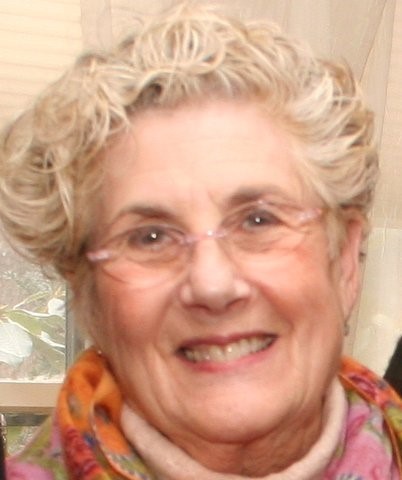 Shalom New Haven seeks to recognize people in our community who give their time and talents to improve our community through their service. Who would you nominate for our Honorable Menschen? Let us know! Send your suggestions, stories and photos to Editor Jeannette Brodeur at jbrodeur@jewishnewhaven.org.

It’s a unique thing to serve for so long at an organization that one literally matures alongside it. That’s the story of volunteers Betty Lou Blumberg and Betsy Stern, who both became involved at The Towers in the ‘70s and never stopped. Today, as they each mark more than four decades of service, they find themselves in the unique position of being the same age as the residents they work with.

Betsy starts off the book group by asking one question about the current book and group members take it from there. But the experience is much more than literary. “The books are tools for memories and feelings,” she said.

Betty Lou began her involvement at The Towers as a board member when her husband, Joe, was board president. At the time, she was teaching English at Hamden Hall (which established the Betty Lou Blumberg Endowed English Chair in 2016). Her father, aunt, and close family friend became residents in the mid-‘90s, and she became a volunteer, presenting book reviews and running holiday programs. Four years ago, she launched a monthly poetry class. The residents in her class also use the literary form to examine their own lives; in fact, they are much like the adolescents she has taught for most of her 53-year career. “Adolescents are finding themselves in a new way and the elderly are also finding themselves in a new way: they have to adjust to many different elements of their lives and they do so and they don’t complain,” she said. “You wouldn’t know that they’re old – they’re as lively and bright as any students I have taught.”

For both Betty Lou and Betsy, the volunteer experience gives more than it demands. Betty Lou plans to do even more at The Towers if she ever retires from Quinnipiac University, where she has taught for the past 17 years. “It’s been very rewarding to me,” said Betty Lou. “I love being with them.”