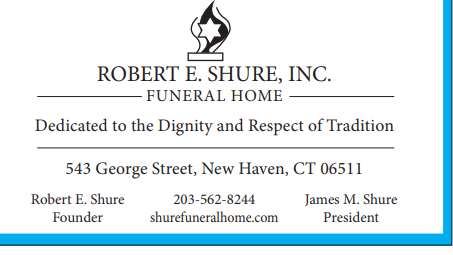 If you grew up in the United States, chances are you can sing “God Bless America.” Irving Berlin’s song was first performed in November, eighty one years ago. Berlin’s family of 10 moved from Russia to avoid the widespread Jewish persecution of the early 1900’s when Berlin was just five years old. When they finally arrived on American soil, free from the marauders who had burned their house to the ground, the boy was placed in a holding pen with his brother and sisters, while immigration officials decided their fate.

He lived in poverty and was forced to leave school when he was only eight after his father’s death, singing for pennies on the sidewalks and later as a singing waiter at a Chinatown dive. But, his struggles as a Russian-Jewish immigrant with little education only motivated him to write some of the most famous songs of all time.

One day before “God Bless America” premiered in the United States, on November 9-10, 1938, in an event known as “Kristallnacht” or “Night of Broken Glass,” German Nazis launch a campaign of terror against Jewish people and their homes and businesses in Germany and Austria. The windows of countless Jewish-owned establishments were smashed, and the attacks left approximately 100 Jews dead, 7,500 Jewish businesses damaged and hundreds of synagogues, homes, schools and graveyards vandalized. An estimated 30,000 Jewish men were arrested, many of whom were then sent to concentration camps. Since Irving Berlin was a Jewish immigrant there were some in the United States who questioned both his right to evoke God and to call the United States his “home sweet home.” At a joint rally of the Ku Klux Klan and the pro-Nazi German American Bund in 1940, leaders called for a boycott of the song.

Irving Berlin wanted that every cent “God Bless America” ever earned went to a place that he thought would help to make his country’s future brighter and stronger. In those months leading up to the U.S. entry into World War II, he selected the Boy Scouts and the Girl Scouts to receive the song’s earnings -- specifically, he wanted the royalties to go to Boy Scout and Girl Scout programs in impoverished and disadvantaged areas. His binding legal instructions are in effect to this day. So far, there has been more than $10 million distributed to Scouting programs, and it’s still coming in. For him to do this with ‘God Bless America’ was his sincere thank you to the country.

Thirty years ago at the age of 101 Irving Berlin died in his sleep. During his 60-year career he wrote an estimated 1,500 songs, including the scores for 20 original Broadway shows and 15 original Hollywood films, with his songs nominated eight times for Academy Awards. Practically all New American Acculturation program participants know "God Bless America,"  and when we listen to it or sing it, we remember that it began as — and at root  will always be — a love song to this country from an immigrant grateful to have been given  a chance at a new life.

For more information about the New American Acculturation Program, including sponsorships of specific programs, please contact Yelena Gerovich at 203-387-2424 x.321, or  email ygerovich@jewishnewhaven.org.