Over the last two days, more than 180 rockets have been fired from Gaza at civilian targets in Israel’s southern border communities. 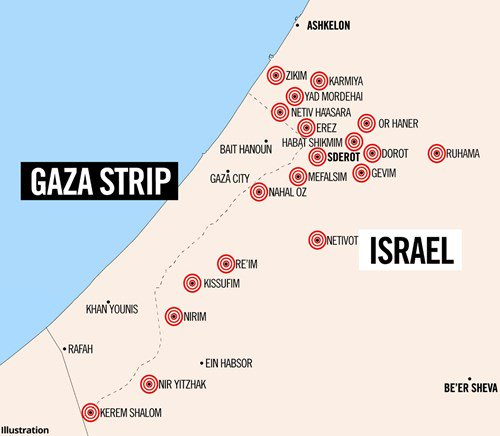 How Did We Get Here?

For months, there has been an escalation of violence along the security fence between Gaza and Israel, including violent riots orchestrated by Hamas. In addition to the riots, Hamas operatives began carrying out a new kind of attack, using arson kites and incendiary balloons to set Israeli land ablaze. These incendiary devices heavily impacted Israel’s southern communities, burning more than 8,000 acres of Israeli land and setting about 11 fires each day.

The kite arson began alongside the weekly violent protests on the Israel-Gaza border. These so-called “March of Return” protests have brought the most serious escalation until now between Israel and Hamas since the 2014 Israel-Gaza conflict. Border clashes have seen Israeli security forces facing gunfire, grenades, Molotov cocktails, and attempts to damage or penetrate the border fence. Last month, an Israeli soldier was killed by a sniper. The Israeli government maintains these protests are organized by Gaza’s Hamas leaders and holds Hamas fully accountable. The Hamas-run health ministry in Gaza has reported 159 Palestinians have been killed since the start of these riots on March 30. Hamas has acknowledged that dozens of those killed were its members.

The Jewish Federation of North America has been working with our Federation and other partner agencies to identify pressing needs in communities on the southern border for which remaining fire emergency funds have now been allocated. Monies were made available for trauma relief services for residents and first-responders, a Jewish Agency camp for at-risk children and to bring American firefighters to volunteer alongside Israeli firefighters on the Gaza border.

Other Federation-funded programs, established with emergency dollars in the aftermath of Operation Protective Edge, are in place that support the resiliency of civilians living in towns near Gaza, providing real-time comfort and assistance during this tense period.