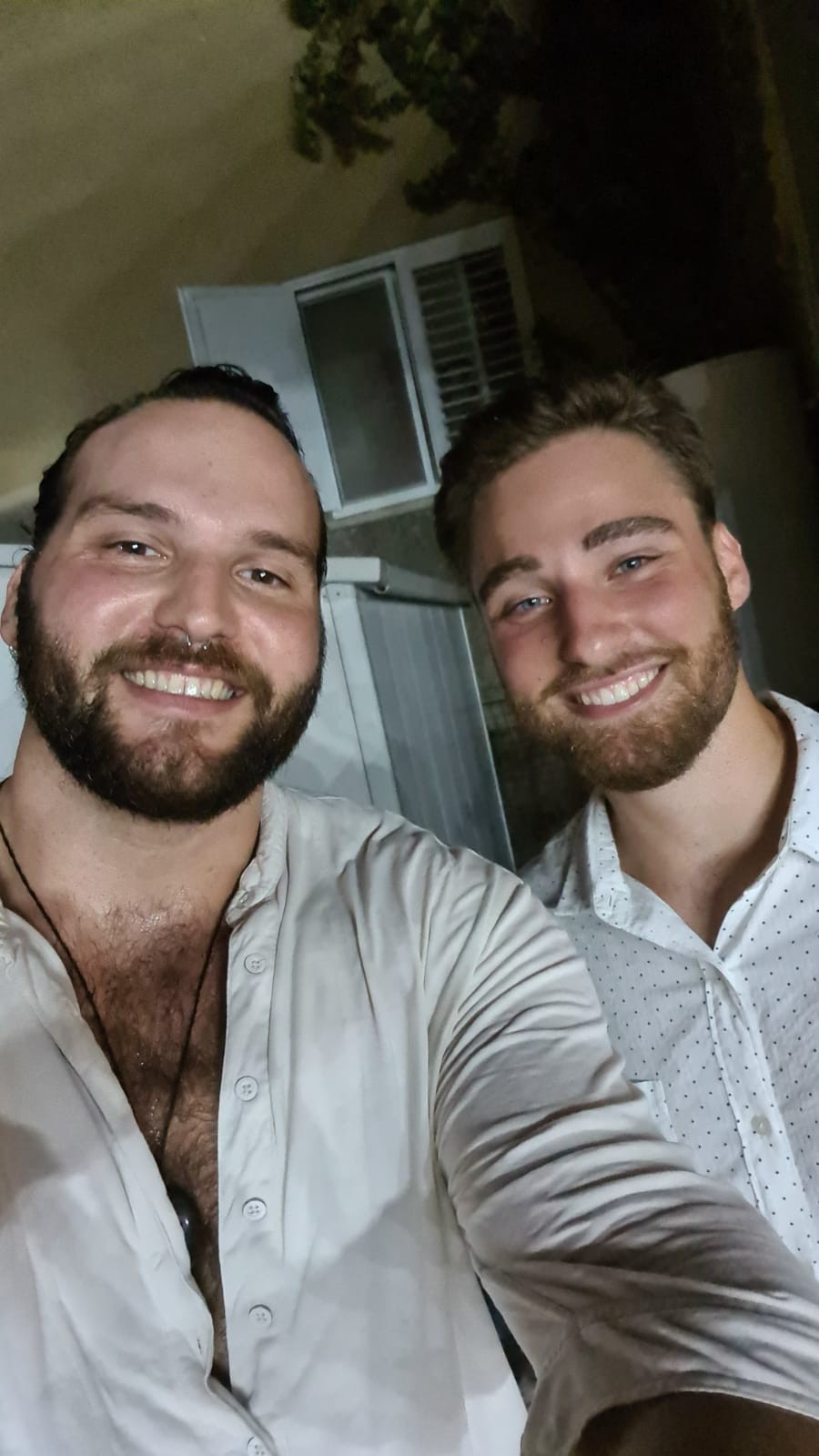 A “small world” experience occurred in Geva, a small Israeli kibbutz, this past fall. Raz Firstanberg, a native of the kibbutz, served as an Israeli emissary in 2014-15 in the Greater New Haven community. Hosted by the Zackin and Syrop families, Firstanberg spent time in Jewish schools and institutions doing entertaining and educational activities as part of his mission to strengthen and preserve the bond between New Haven and Israel.

Upon his return to Israel he served in the Israeli Defense Forces (IDF), serving in the Paratroopers Brigade’s highest unit, Sayeret Tzanchanim, to protect the State of Israel. Following his service and time back on his kibbutz, Firstanberg travelled to Southeast Asia, visiting Thailand, Laos and Cambodia. He stayed extra months in Cambodia when the pandemic hit.

Returning to Geva, Firstanberg was asked to address a group of Americans about his army service. This group of young adults had come to Israel to serve in the IDF and make aliyah.

One of these new olim (immigrants) is Andrew Benjamin, the 23-year-old son of Zara and Bruce Benjamin of Woodbridge. Benjamin’s decision to make aliyah had been building since his first family trip to Israel following his bar mitzvah. He recalls that the trip was an opportunity to internalize all the things that he had been hearing from a very young age.

“I’m really fortunate that I grew up in Woodbridge, and that my parents decided to send me to Hebrew school, where a lot of my teachers were Israeli. I remember having a lot of Hebrew and prayer lessons, but there was also a really substantial amount of Israeli culture and Jewish history. There were also two Israeli student emissaries that would come and act as ambassadors to help foster Israeli-American relationships every year. I’d probably say that was where my Zionism really found its start. I think having that kind of exposure and learning about the Jewish State from a young age influenced how I perceive my own Judaism in relation to the people around me” Benjamin says.