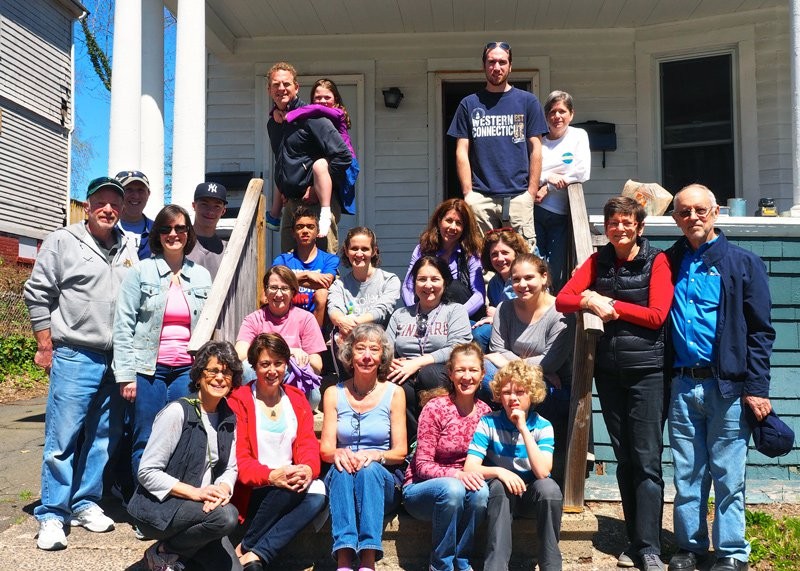 What is it like to be a refugee in America in 2017? Amidst all the political debate in Washington, D.C., about President Trump’s refugee bans, what often gets lost is the voice of the refugee. In celebration of World Refugee Day on June 20, I thought it was time to bring that voice, that perspective, to our community. Since Dec. 2015, I have been the coordinator of the Jewish Community Alliance for Refugee Resettlement (JCARR). Volunteers from five local synagogues, in partnership with the Jewish Federation of Greater New Haven and its Jewish Community Relations Council, serve as a co-sponsor to resettle refugees who come to New Haven through IRIS, Integrated Refugee and Immigration Services. We welcomed a family of young adult siblings from the Democratic Republic of Congo in April 2016, a family from Syria on election night (Nov. 8, 2016), and a second Syrian family, who arrived on Jan. 26, 2017, the day President Trump released a draft of his Executive Order banning refugees from seven Muslim countries.

A short while ago, “Mom” (for reasons of security, we don’t use their names in print) in the first Syrian family was talking about “synagogue” – “not here” – “other” and “boom, boom.” I realized she was talking about what she heard on the news – bomb threats at Jewish Community Centers in multiple states and gravestones overturned in Jewish graveyards. “I’m sorry,” Mom said repeatedly, touching her heart. This expression of empathy from a woman who has personally suffered the loss of her home, her security, her livelihood, her extended family, even her country, moved me deeply. Her ability to empathize with me, and with the Jewish community at large, spoke volumes about her character and how interconnected we all are.

Recently, I took the second Syrian family to do some grocery shopping. It being the last day of the month, the dad asked me whether money they didn’t spent this month on their SNAP (food stamps) card would carry over to the next month. I didn’t know, so he wound up gathering a larger than normal amount of groceries. When the clerk rang up their total she explained that it was $83 more than they had left on their card. I asked if they had cash to pay the balance, and they said no. I explained they would have to put back some items. I turned to the tall, grey-haired man behind us in line and apologized for the delay, adding this was going to take some time. He smiled and said, “Don’t worry about it.” Dad was taking things out of the cart, when I heard the man say to the clerk, “I’d like to cover this.” It took a few seconds for us to realize what he meant. When Dad understood, he said, “Oh, no, thank you!” But the man insisted. “Please,” he said, “I want to do this.” He took out his wallet and paid the balance on the groceries. Tears flowed from both our eyes as Mom and I gave each other a huge hug. In one small, yet incredibly significant gesture, this man—this stranger—exemplified what a kind, caring country America can be. So as we celebrate World Refugee Day, what I will be thinking about are the mom and the man at the grocery store; the virtues and values inherent in the refugee program in the U.S., as expressed by individuals, one compassionate act at a time.