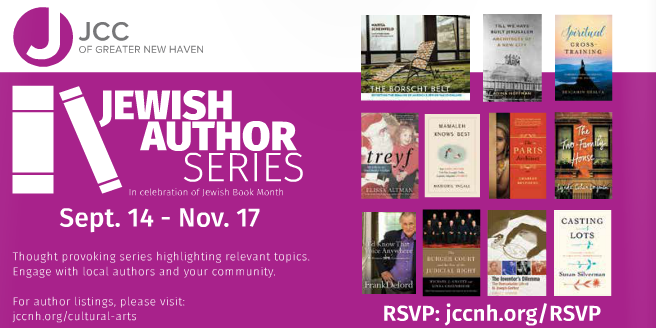 Jewish Book Month is an annual event on the American Jewish calendar dedicated to the celebration of Jewish books. It is observed during the month proceeding Hanukkah, thus the exact date changes from year to year.

In 1925, Fanny Goldstein, a librarian at the West End Branch of the Boston Public Library, set up an exhibit of Judaic books and used it as a focus of what she called Jewish Book Week. In 1927, the event was adopted by communities around the country. During its first fifteen years, the annual date of the program coincided with the holiday of Lag B'Omer or Shavuot, regarded as a scholars' festivals. In 1940, the event was moved to the pre-Hanukkah, so as to promote books of Jewish content as Hanukkah gifts. This timetable remains in place to this day. Jewish Book Week became so popular and so filled with activities that it was extended to a one-month period in 1943.