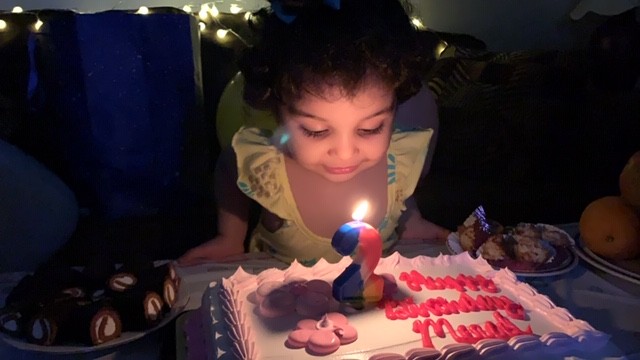 Each year, Jewish people are reminded to see ourselves as strangers in the land of Egypt who spent 40 years wandering in the wilderness. The Passover story inspires us to identify with displaced people around the world.

The UN High Commission for Refugees projects Global Resettlement Needs of 403,287 cases or 1,445,383 persons in 2021. In Connecticut, we hope to receive new refugees and asylum seekers this year. JCARR will be ready to welcome them. For now, JCARR is assisting four families from Angola, Iraq and Syria struggling to achieve the dreams they held when they came to the United States.

The goal of refugee resettlement is self-reliance, and JCARR’s families were well on the road to self-sufficiency before COVID-19 struck. With the pandemic, some slid back a bit while others slowed down or held steady. They all continue to show strength, resilience and determination.

They have nice apartments, children are going to school and parents are working. All are gaining proficiency in English. Some have driver’s licenses and own automobiles. Most have green cards. One father earned his GED and plans to go to college.

The inauguration of President Joe Biden revives hope for displaced persons and those who work with them. The Washington Post quoted transition officials, saying, “Biden wants to move the refugee and asylum systems ‘back to a more humane and orderly process’.” JCARR’s first Syrian family arrived in the U.S. the day of the 2016 election, and they have worried often over the last four years whether they can be safe in this country. Now, they are preparing to take the exams for U.S. citizenship. Issa, the father, says, “I am so happy that I will become an American citizen when there is a president who welcomes people like me.”

Jean Silk is the Coordinator for the Jewish Community Alliance for Refugee Resettlement (JCARR). She can be reached at (203) 687-8808 or jsilk@jewishnewhaven.org.