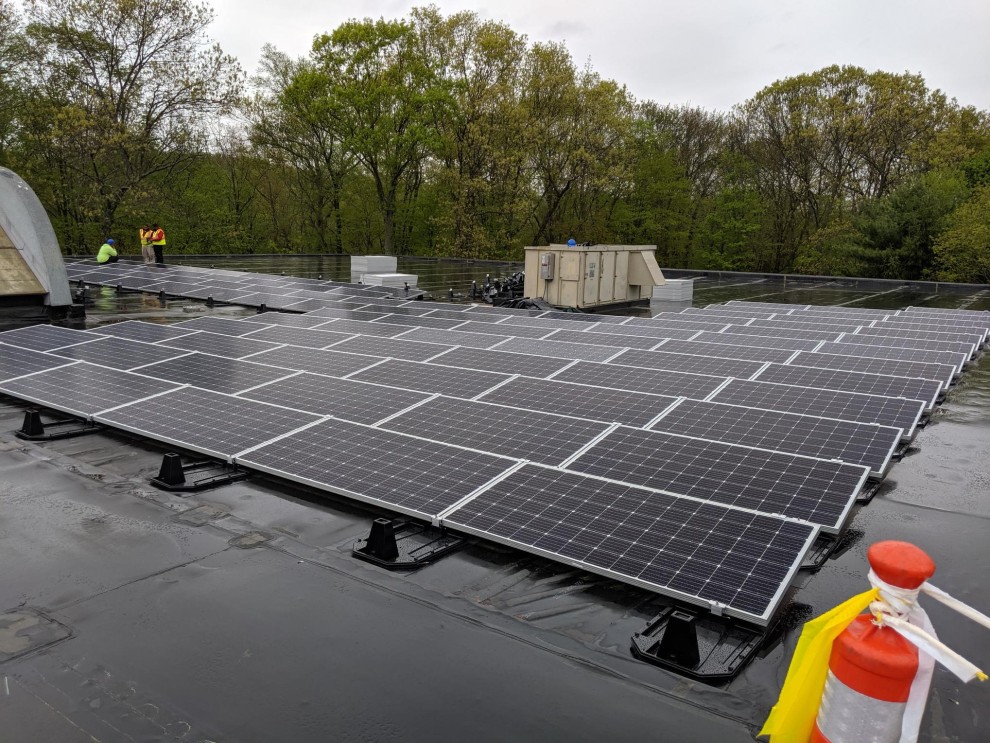 The new 322 kW system expands on the solar carports installed in 2014 and 2015, which provide 880,000 kWh. This was the largest solar carport project in Connecticut at the time of its installation. Coupled with the co-gen unit owned by the JCC, the capacity generated from clean sources will supply more than 78 percent of the JCC’s electricity needs.

The new panels will help reduce the JCC’s carbon dioxide (CO2) emissions by 3,600 tons and lower the cost to the JCC, with energy savings over the life of the system expected to surpass $650,000.

The funding comes from Connecticut Green Bank through Commercial Property Assessed Clean Energy (C-PACE) financing and a power purchase agreement (PPA). This program allowed the JCC to add solar with no money down, and a third-party owns and operates the solar to maximize its benefits.

The Jewish Federation an JCC of Greater New Haven is the first nonprofits in Connecticut to use C-PACE to secure a PPA.

“The project married the need to replace the roof with the desire to become more sustainable and increase our clean energy production,” said Scott Cohen, Executive Director of the JCC of Greater New Haven. “As a mission-driven organization, we pay very close attention to our impact, not only the people that we serve but on the environment as well.”

“The Green Bank is proud to work with the JCC on their third C-PACE financed project,” said Mackey Dykes, Vice President of Commercial, Industrial, and Institutional Programs at the Green Bank.

“It is especially encouraging to witness their resiliency after the fire and their continued commitment to their sustainability goals.”

The JCC of Greater New Haven has taken additional steps toward sustainability since renovating the Beckerman Lender building after a devastating fire in December 2016.

New energy-saving LED lighting was installed in all public spaces and Styrofoam has been eliminated in all operations.

The new solar panels are expected to be fully functional by the summer.