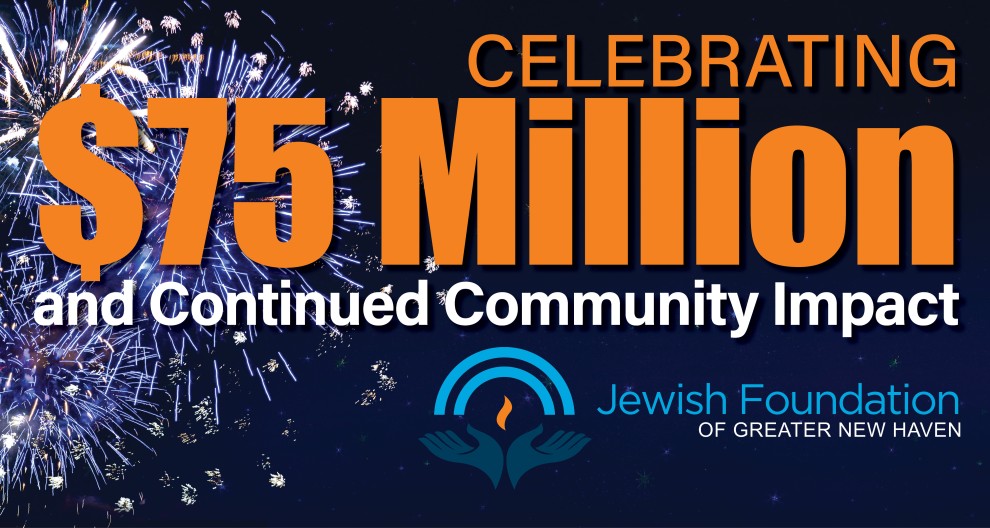 The Foundation’s impact throughout the community, both over the years and today, cannot be understated. The organization distributes an average of $3 million annually, with over 80% benefitting local Jewish programs and organizations.

The Jewish Foundation is currently led by Scott Hurwitz, who became Chair this September, and Lisa Stanger, Executive Director. Under her tenure, the endowment grew from just over $20 million in 2005 to over $75 million today. Lisa is a self-described “recovering lawyer” with a Masters in Social work and two law degrees, including a LL.M in taxation.

Recent initiatives like the COVID-19 Maimonides Response Fund, which was established in partnership with the Jewish Federation, deployed over $500,000 in grants for critical human needs to help local synagogues, social service agencies and schools stay afloat during the COVID-19 pandemic. Similarly, the Foundation has awarded grants to benefit programs and projects for Jewish elderly residing in the Greater New Haven area. In addition, the Foundation has awarded over $500,000 to date in security grants, in memory of Arthur and Yvette Eder, which have provided local synagogues, the JCC, Camp Laurelwood, and our schools with funds to provide and enhance security systems.

“Strong investment returns, generous donors, and professional stewardship helped get us to $75 million,” said Jewish Foundation Chair, Scott Hurwitz. The Foundation is very proud of our approach to managing our endowment funds.  We have an active working investment committee, led by co-chairs Steve August and Craig Sklar.  This committee oversees the work of our independent, outside, investment advisor, SCS Financial, a nationally renowned endowment investment manager.  Our one-year return as of the end of the second quarter was 36.13%, and our 3-year annualized return is 14.13% (this is when SCS began managing all of the Foundation funds). Strong investment returns, generous donors, and professional stewardship got us to $75 million.

Lisa Stanger has been our executive director for over 13 years and has overseen the majority of our growth.  Lisa and her team, Tiberius Halai, Beth Kupcho, and Stephanie Licsak, work daily to support our agencies and donors and are the driving force behind the Foundation’s success.  Lisa’s expertise in endowment law, charitable and tax planning, and philanthropic advising, as well as her passion for our community have made her an invaluable community asset.  We are lucky to have her at the Foundation.

The Foundation prioritizes working with donors to help them support causes most important to them. “I view my most important role as that of a philanthropic advisor,” said Stanger.

Barry Vine, a New Haven native, is a prime example of the strong relationships the Foundation has formed with donors throughout the years, “I’ve been giving to the Jewish community since I was nine-years-old and bringing donations in envelopes from my grandmother to local rabbis,” Vine said. As a committed donor who has established multiple funds at the Foundation, he appreciates the Jewish Foundation’s long-standing commitment to the Jewish Community and its stewardship of community resources. “I give to help the Jewish community survive and thrive. I generally split my donation between five or six funds I have for local agencies that I feel committed to, and the services and tools available through the Jewish Foundation help facilitate this,” he said.

Congregation Beth El-Keser Israel (BEKI) moved all their funds to the care of the Foundation 20 years ago, “We didn’t have the professional means to do this right,” said Donna Levine, who served as the congregation’s treasurer at the time. The move encouraged more donors to secure endowments benefitting BEKI. The congregation soon received a $2 million bequest and more followed when BEKI partnered with the Foundation for “Create a Jewish Legacy,” a program designed to ensure a vibrant Jewish future through a collaborative approach to legacy giving. Today, with 30 funds managed at the Jewish Foundation, Levine says “these monies make all the difference in the world for us between being in the red and being in the black. Thanks to these funds, we are able to offer reduced fees for 30% of our members who need it, welcome more people, and thrive.” In addition, over 25% of BEKI’s members have made legacy commitments to their synagogue.

Jackie Koral, a member of the Foundation’s Board of Trustees and the immediate past-Chair of The Towers at Tower Lane agrees that endowment funds are crucial in sustaining programming and operations at the Towers year after year, especially since the COVID-19 pandemic. "Having a reliable source of funds in perpetuity is the best way to ensure that our community will be prepared to meet the needs of today, tomorrow and the future,” she said.

Temple Beth David in Cheshire also participated in the Foundation’s Create a Jewish Legacy program, which then allocated resources to train volunteers who solicited current endowment gifts as well as legacy commitments, on behalf of the synagogue, for the synagogue.

Joel Karp, past-President of the Jewish Federation, the JCC and Camp Laurelwood, and the past chair of five different fundraising campaigns for the Federation, strongly believes in the importance and the impact of the Jewish Foundation. He sees a great calling in his current capacity as a volunteer securing gifts for the Annual Campaign, as well as Legacy gifts and Perpetual Annual Campaign Endowment (PACE) gifts.

“If it wasn’t for the Foundation, our Jewish institutions would not have the support they need in order to thrive,” he said.

Stanger emphasizes that although the $75 million is an important milestone, more important is the impact.

"Last year we distributed over $3 million, over $2.5 million was to local Jewish organizations and synagogues. In the past 10 years alone we have distributed $34 million," she said.

Dr. Craig Sklar, who served as Chair of the Jewish Foundation when this achievement was reached, sees this as a beginning of a more vibrant future. “I view it as a start ... The more we raise, the more we can do to ensure the future of our community. There is still so much work to be done,” Sklar said.

Hurwitz continued, “We have just achieved a significant milestone, but still have work to do.  Although we currently manage over 700 funds for community partners and individual donors, much of the community is not aware of our work. One of our primary objectives over the next several years will be to expand our impact. We will continue to support our community partners as they grow their endowments, as well as help individuals plan and achieve their philanthropic goals. We look forward to working side by side with our entire community as we continue the Foundation’s important work.”

Dirk Bird, Vice President of Planned Giving and Endowment Management at The Jewish Federations of North America, explained how the Foundation’s achievement reflects, on a national scale, the remarkable role that Jewish Foundations and Federations play in their respective communities.

“We applaud the significant efforts of the Jewish Foundation of Greater New Haven and their recent achievement of reaching a $75 million endowment,” Bird said. “Your work today is securing the critical resources to enable future generations to live vibrant Jewish lives in the future. We appreciate their commitment to their local Jewish community and the effect this has on Jewish communities everywhere.