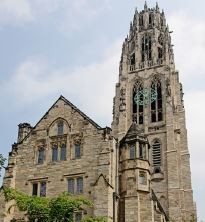 In 1917, when Victor Erlich was three-years old, Leon Trotsky told Erlich’s father, “Go where you belong from now on: into the dustbin of history.” It was the beginning of the Russian Revolution. The Bolsheviks in St. Petersburg were discussing a government overthrow. Victor Erlich’s father, Henryk Erlich, was a Jewish Bund leader who, along with the Mensheviks, opposed the insurrection.

Victor Erlich’s family was at the center of Russian Jewish history. His grandfather, Simon Dubnow, was an eminent Jewish historian and a founder of YIVO. Sophie Dubnow-Erlich, Dubnow’s daughter and Victor Erlich’s mother, was a poet and writer who contributed to Maxim Gorki’s journal during the revolution.

After the Bolshevik seizure of power, the Erlich family fled back to Henryk Erlich’s native Poland. They feared the Bolsheviks, their children were malnourished and sick, and the Bundist party in the Polish nation needed leaders.

In the interwar year, Henryk Erlich edited a Bund journal as well as represented the Bund both on the Warsaw city council and on the Socialist International. Sophie Dubnow-Erlich continued to write and their children Victor and his older brother Alexander grew up and went to university.

When Germany invaded Poland, the mayor of Warsaw told Henryk Erlich and other Jewish leaders to go east, away from the Germans. After nine days, mostly on foot, the Erlich family arrived in Pinsk and discovered that the Russians had invaded and that they were now in Russian territory. Henryk Erlich felt he was safer out of Russian territory. He was on the way to his hometown of Lublin when the Russians stopped the train in Brest-Litovsk and arrested him. They sent him to Lubyanka Prison in Moscow. Henryk Erlich and Bund leader Victor Alter were sent to the Gulag. After Germany attacked Russia, they were briefly released to rally world Jewish support for Russia. They were arrested again in 1942. Alter was executed and Henryk Erlich committed suicide.

Victor Erlich, with his mother and brother, went to Vilna thinking Henryk Erlich might be sent there. Vilna was also a temporary refuge from both Germans and Russians. Victor Erlich helped sneak his girlfriend Iza out of German-occupied Warsaw, illegally crossing two borders to Vilna. In February 1940, using forged papers, they married. Soon the Russian authorities began searching for the Erlich family. They fled to the countryside and then to Kovna.

In January 1941, with the help of the David Dubinsky’s Jewish Labor Committee, the Erlich family was allowed to take a train across Russia to Japan.

Victor Erlich, his wife and his mother got stuck in Japan when the U.S. State Department refused to admit more refugees. The Polish ambassador in Japan got them visas to Canada. They left Japan in August 1941 on the last passenger ship to North America before the Japanese attack on Pearl Harbor. With the help of American trade unionists, they arrived in New York in October 1942.

Victor Erlich spent two years in the US Army and was wounded by a German sniper in France. After discharge he studied Russian at Columbia. In 1962, he became a professor of Russian literature at Yale University.

Facts were pulled from John Reed’s Ten Days that Shook the World, Sophie Dubow-Erlich’s The Life and Works of S.N. Dubnow and Victor Erlich’s Child of a Turbulent Century.

Visit The Jewish Historical Society of Greater New Haven’s website at jewishhistorynh.org to digitally read more about this important New Haven family and many others who have helped shape local, regional and national history.