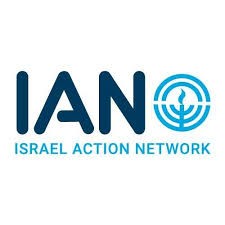 Zionism is the movement of the Jewish people to create and build a sovereign state in our historical homeland. In January, the organization Jewish Voice for Peace (JVP) explicitly stated that it is anti-Zionist, referring to Zionism as “false and failed.”

This anti-Zionist position is not a surprise. JVP is the Jewish arm of the BDS movement. Its stance is consistent with its relentless vilification of Israel. JVP attacks are not about criticizing policies; rather, it opposes anything Israel does to defend itself — because JVP clearly doesn’t believe a Jewish state should exist.

The Jewish people have been connected to our homeland, the land of Zion, for over 3,000 years. Jews have been indigenous to the land for this entire period. Jews who were exiled from the land took up residence across the region — in places like Ethiopia, Libya, Yemen, Iraq, Iran, Egypt, Syria, Lebanon, Morocco and through parts of Europe — where they faced ongoing discrimination and dreamed of returning to the land of their ancestors. A political movement to rebuild a state was born over a century ago, and the Jewish people returned to sovereignty in 1948. Throughout this period, Israelis have offered peace with their neighbors — willing to return land to build a Palestinian state next to their own — but instead have been met with wars, terror, and delegitimization. And now, yet another player in the BDS movement, that claims to be merely a critic of Israeli policy, has made it clear that it seeks to undermine the right of Jews to have and defend our homeland.

The JVP statement distorts Zionism – stating it was grounded solely in the murderous anti-Semitism of Europe. This denies the reality of Jews who are indigenous to the land. It denies the reality of Jews from Arab lands who always dreamed to return to Zion. And it denies the spiritual connection that Jews have had to Jerusalem throughout the ages. Worse, the statement accuses Zionism of resulting in a “racist hierarchy,” an anti-Semitic trope that belongs in the dustbin of history.

The Jewish community is a big tent, and people are free to define their own relationship to Israel. However, Jewish organizations stand outside that tent when they align themselves with those who call for Israel’s destruction and who deny the Jewish people our right to national existence.