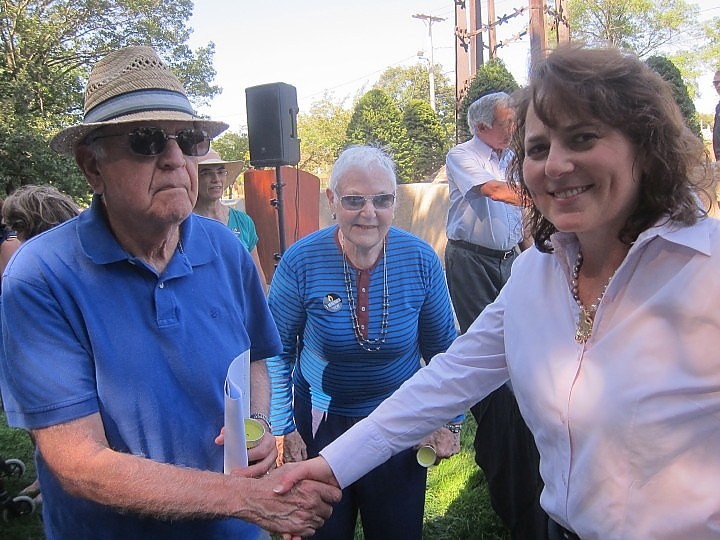 On Sept. 24, the community gathered at the New Haven Holocaust Memorial to remember those lost in the Shoah at Kever Avot, a moving ceremony held annually during the Days of Awe. This year marked the 40th anniversary of the Holocaust Memorial. In the last issue’s Kever Avot story, Fay Sheppard’s name was inadvertently omitted as a person who played a crucial role in the creation and care of the New Haven Holocaust Memorial, which was the first such Holocaust memorial built on public land in the United States when it was dedicated in 1977. A child of Holocaust survivors, Sheppard, of West Haven, served as a co-director of the local Holocaust commemoration committee for three decades and has also chaired the annual state commemoration program. Photos used with permission from The New Haven Independent. See complete story at www.newhavenindependent.org/index. php/archives/entry/holocaust_event_/.