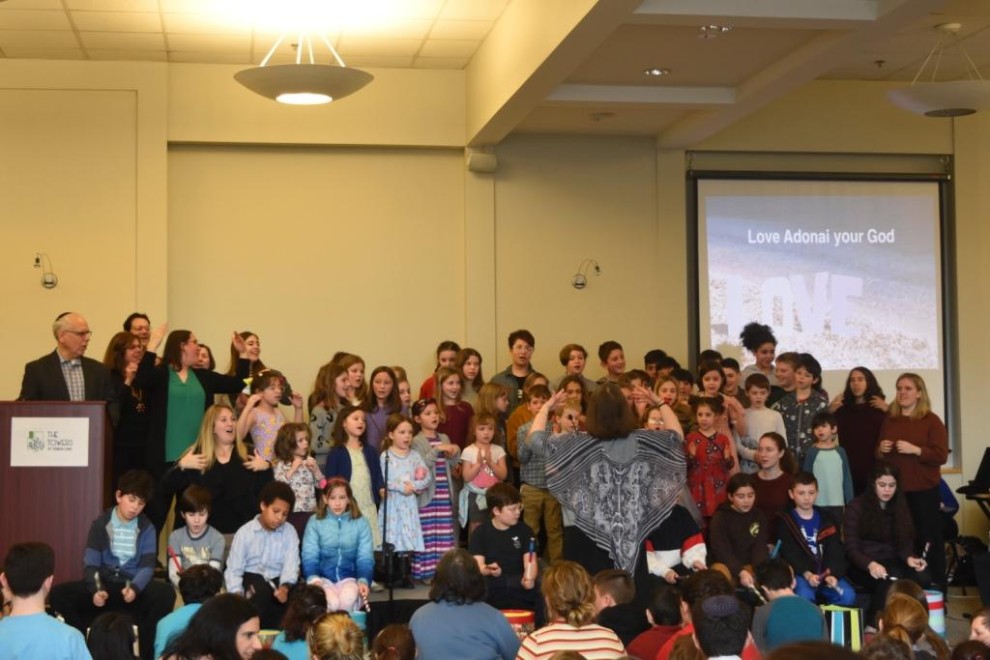 On January 26, religious school students and teachers, rabbis, cantors, cantorial soloists and instrumentalists from seven area synagogues came together for a morning of singing in celebration of the power of Jewish music. The free concert took place at The Towers.

The annual event was dedicated to the memory of the musical legacy of Debbie Friedman, z’’l, a Jewish musician who died in 2011. In addition to several iconic songs by Friedman, traditional tunes and songs were performed by two generations of musicians who were influenced and inspired by her ability to bring a woman’s voice and perspective into late 20th-century Jewish music, and to write accessible songs combining liturgy and social commentary.