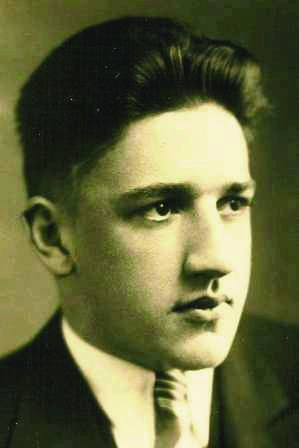 “...Tell the President that if he doesn’t act on this report, I’m going to resign and release it to the press!” Josiah “Joe” DuBois Jr.

On Sunday, Nov. 18, at 9 a.m., Congregation Or Shalom will honor the late Josiah “Joe” DuBois Jr. at the 12th annual Kristallnacht Commemoration at the synagogue, located at 205 Old Grassy Hill Road in Orange. DuBois served as a prosecutor at the Nuremberg war-crimes trials and led efforts to save thousands of Jews during World War II.

The annual commemoration, which is open to the public, is truly a labor of love for Rabbi Alvin Wainhaus. His own family was saved thanks to the heroic deeds of Chiune Sugihara, the Japanese consul general to Lithuania who disobeyed his government’s orders and issued visas that allowed 6,000 Jews to escape from Nazi-occupied territories through Japan.

During this year’s program, Robert DuBois will receive a U.S. Senate commendation, on behalf of his late father, Josiah, from Sen. Richard Blumenthal. Guest speakers will include Dr. Rebecca Erbelding, historian at the U.S. Holocaust Memorial Museum, and author of the new and acclaimed book “Rescue Board,” Christy Marrella and her eighth grade creators of the award-winning video, “An American Holocaust Hero,” and Holocaust survivors rescued by the War Refugee Board.

Born in Camden, New Jersey, Josiah DuBois Jr. graduated from the University of Pennsylvania and its Law School.

What Roosevelt learned caused him to make an unprecedented decision to take personal responsibility for providing relief to the still-living victims of Nazi persecution, he added.

Wainhaus said President Roosevelt created a special task force, the War Refugee Board, whose mission would include, remarkably, “... taking all measures... to rescue the victims of enemy oppression who are in imminent danger of death.” DuBois helped organize the board and served as its general counsel. He also served on the Allied Reparations Committee in Moscow in 1945 as well as a member of the United States delegation to the Berlin Conference.

Although Wainhaus noted that the War Refugee Board was formed “heartbreakingly late in WWII,” he said Roosevelt’s board succeeded in alleviating the plight of tens of thousands of Holocaust victims. “Raul Wallenberg, for example, commissioned by the War Refugee Board, managed to rescue many thousands from the clutches of Nazism,” Wainhaus added.

“Who exposed the crucial information that jolted President Roosevelt into finally taking action regarding the victims of Nazism?” asked Wainhaus. “The answer is: a courageous young lawyer in the Treasury Department by the name of Josiah ‘Joe’ DuBois Jr.”

In 1947, DuBois was appointed deputy chief counsel for the prosecution of war crimes at Nuremberg and led the case against executives of I. G. Farben, a German chemical company that manufactured gas used to kill prisoners at Auschwitz. DuBois published ‘’The Devil’s Chemist,’’ an account of the Nuremberg trials, in 1952.

In his later years, DuBois ran a private law practice and lectured on the Holocaust. In 1983, the American Jewish Committee presented DuBois with its Humanitarian Award for his role saving the lives of thousands of Jews. He died later that year.

Oskar Schindler, the businessman who saved more than 1,200 lives during the Holocaust, may be the most well known for his heroic deeds, but Wainhaus believes that there are many other unsung heroes who should be honored. So every year, for the past 12 years, Wainhaus spends close to a year searching for unknown or little-known heroes to honor for each commemoration. “It’s a personal thing for me,” he admitted. “It’s hard to find these people, but I must do it.” While Kristallnacht is traditionally a sad time of reflection for many, Wainhaus believes it should also celebrate these amazing acts of heroism and selflessness. “It’s uplifting,” he admitted. “It gives people hope. We are celebrating the mystery of human goodness.”