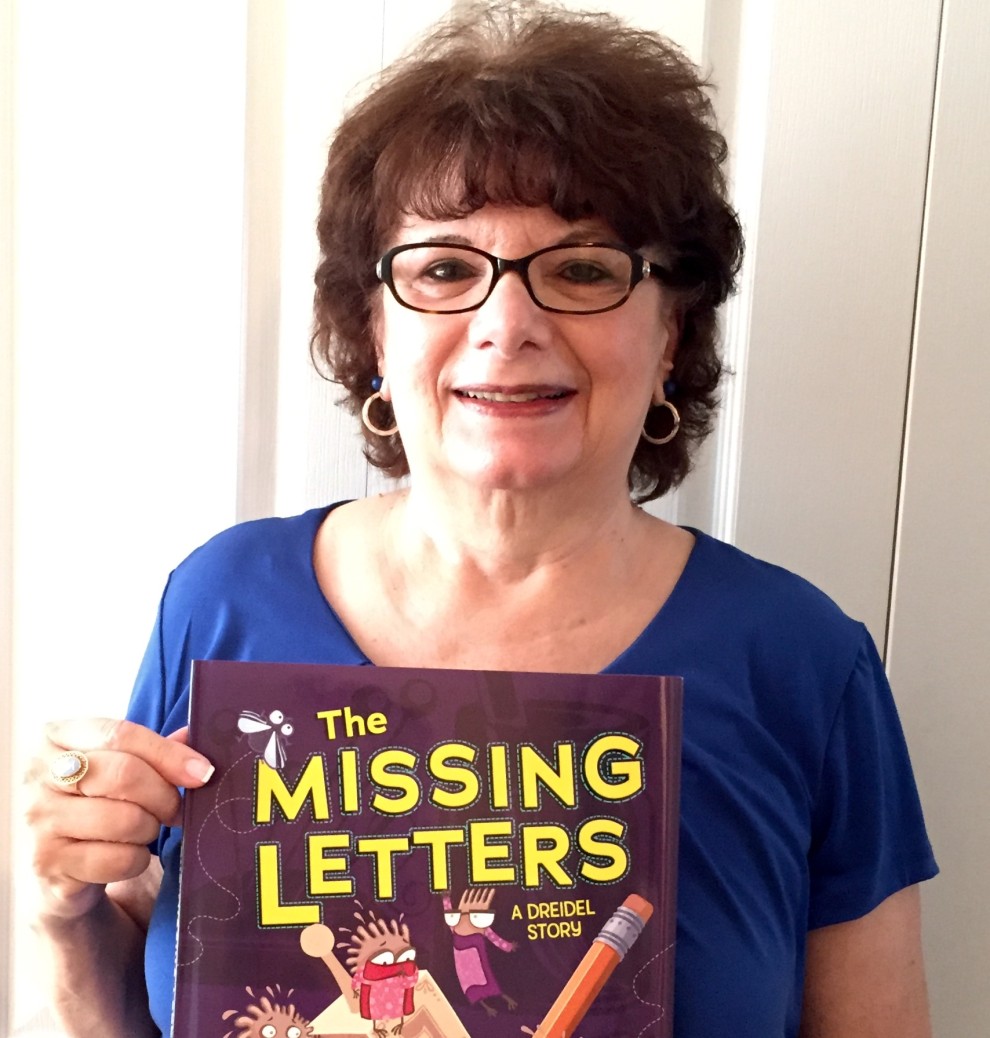 Just in time for Hanukkah, local author Renee Londner, of Prospect, recently released her third children’s book entitled, “The Missing Letters, A Dreidel Story.” The book, illustrated by Iryna Bodnaryk, tells the story of how three of the four Hebrew letters at the dreidel maker’s shop are jealous of everyone’s favorite letter, the Gimel, so they decide to hide all of the Gimels so the dreidel maker can’t use them.

The inspiration for Londner’s newest book came from an interesting conversation she overheard. “Several years ago as I was browsing in a Judaica shop, I overheard the owners lamenting about where they could possibly put all the dreidels they ordered,” she explained. “My imagination went wild as I envisioned hundreds of dreidels in a rainbow of colors.”

The dreidel game has always been an important part of Londner’s family’s Hanukkah celebrations. “And of course everyone always wants to land on gimel so they can win the pot,” she said. “I imagined a scenario where the nuns, heys and shins were jealous of the gimels and the rest of the story came together from that point.”

Londner’s last book, “Stones for Grandpa” also had a Jewish theme. It focused on the Jewish custom of placing a small stone on the grave of a loved one. The book paid tribute to her husband of 33 years, Michael, who died of cancer in 2007. “Stones for Grandpa” was published in 2013 and won a Sydney Taylor silver honor from the AJL (Association of Jewish Libraries).

Her first book, “Ruby’s Whistle” was published in both English and Spanish in 2004.

Londner, a retired special education teacher, has always loved to write. Her very first published work was a poem she wrote as a sixth grader for Junior Scholastic Magazine.

Many of her stories have Jewish themes, but not all of them. “I enjoy researching and writing about other cultures,” Londner said. Her stories have appeared in Spider Magazine as well as Mishpacha Jewish Family and Shofar magazines.

The first Jewish author to inspire her was Chaim Potok. “I still reread his books,” Londner admitted. As a children’s writer, she is thrilled to see so many Jewish themed books for children. “I’m happy to say there’s an abundance of Jewish stories being published for children and the PJ Library does a great job of dispersing these,” Londner said. Her book, “Stones for Grandpa” was featured in the PJ Library set in 2009.

Londner just completed her first novel for middle grade students and her next project is a biography. “It’s the first bio I’ve ever tackled so I’m busy researching the format,” she revealed.

Londner was born in New Haven and grew up there, but she lived in several states before returning home again to Connecticut, where she has lived for the last 11 years. She has two daughters and three grandchildren. She has been a member of Temple Beth David in Cheshire since returning to Connecticut. When she’s not writing stories, Londner loves writing haiku/senryu poetry and attending performances at local theaters. She also loves animals and has two cats she adopted from a rescue shelter.