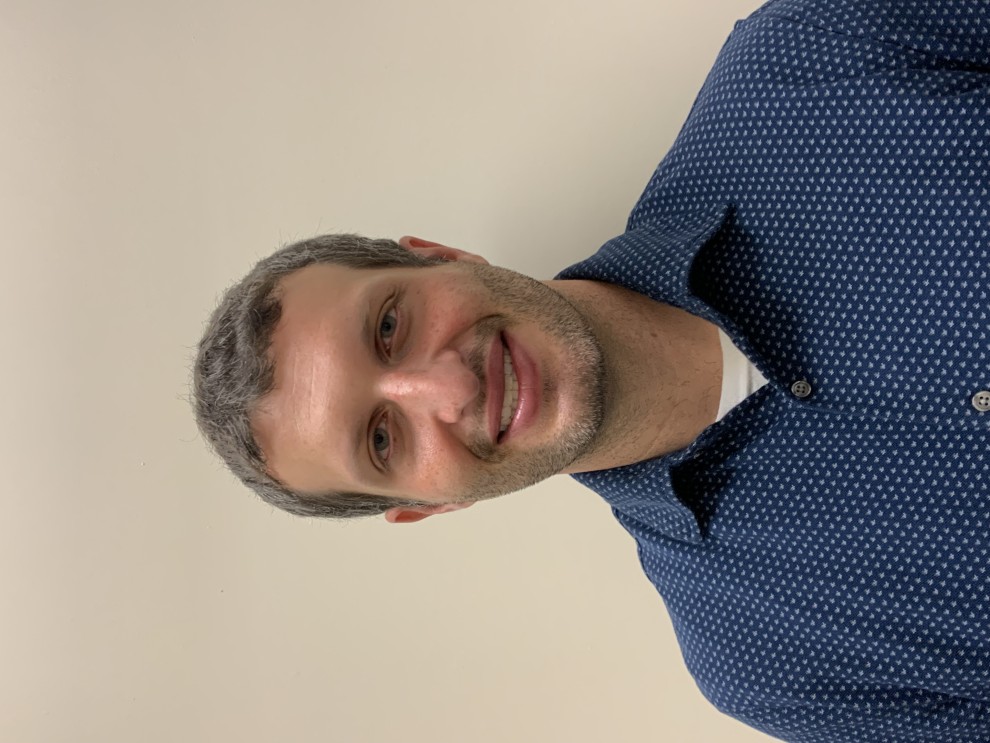 In the last issue of Shalom New Haven (March/April 2022), we introduced to the community Rabbi Joshua Pernick — the Jewish Community Relations Council (JCRC) director and rabbi in residence for the Jewish Federation of Greater New Haven. Prior taking up his new post, Rabbi Pernick, who has more than 10 years experience in Jewish education and communal service, served as the Oscar J. Tolmas Rabbinic Chair at Congregation Beth Israel, Metairie, Louisiana. Previously, he also served as rabbinic intern/rabbinic entrepreneurship fellow at Orthodox Kehillah in Durham, North Carolina; and as curriculum consultant for the Global Day of Jewish Learning. He has also held a number of community leadership posts. Rabbi Pernick received his ordination from Yeshivat Chovevei Torah Rabbinical School in New York, his BA from Brandeis University and his MAT in Elementary Education from the DeLet Program at Brandeis. He received/earned a certificate in Jewish education from Pardes Institute for Jewish Studies. Recently, Shalom New Haven spoke with Rabbi Pernick about his new role as director of the JCRC, and about his plan for tackling important communal issues, such as Jewish education.

SHALOM NEW HAVEN: CAN YOU EXPLAIN THE ROLE OF THE JEWISH COMMUNITY RELATIONS COUNCIL AND HOW YOU SEE YOUR ROLE AS ITS DIRECTOR?
Rabbi Joshua Pernick (JP): I'll start by saying that my role is a little bit different [than that of other JCRC directors]. It’s kind of multifaceted because, in addition to the JCRC piece, I’m also overseeing the Center for Jewish Life & Living and I’m overseeing inclusivity initiatives for the Federation. I see all three of those areas intersecting in many ways. At one level, they're all different roles and, at another level, there are actually a lot of similarities between them. There is a lot of overlap in these roles and they present a lot of opportunities in that all of them ultimately are about education and relationships. JCRC is about building relationships between our Jewish community and other local faith communities and elected officials. What we find is that often, in developing partnerships with our neighbors, the communities that we are working with intersect in interesting ways with our own Jewish community, which is made up of people from a diverse array of backgrounds. I see our responsibility as a JCRC as not only working with these local communities on issues, but also building deeper relationships with our neighbors; relationships that will enable us to continue to work together even when at times we might take opposite sides on an issue. I think that in large part, my role within the JCRC is also working across communities and with our elected officials, really trying to elevate the conversation around the hot button issues and the things that are arising both locally and nationally, in order to provide a Jewish context to talk about the things going on in our world.

DOES THAT MEAN YOU WOULD YOU GET INVOLVED IN ISSUES, FOR EXAMPLE, SUCH AS GUN CONTROL OR ABORTION RIGHTS—FROM A JEWISH PERSPECTIVE?
The simple answer is yes. Those are things that I certainly have been involved in and, I think, will continue to be involved in. This is something that perhaps differentiates me from other JCRC professionals: As a synagogue rabbi, I approach everything also from the lens of a rabbi, and I don’t just look at it from a sort of purely political lens. I'm interested in looking at these hot button issues— which at the end of the day really are issues concerning a conflict of values—as Jewish questions; I’m interested in educating people about how these values play out within our sources—within our Jewish tradition and Jewish text—and how the different ways they play out impact the Jewish conversation. We live in a very polarized, partisan world, and it's highly unlikely that our JCRC is going to change anyone's opinions on anything. But what I do hope to do is to at least be able to explore the diversity of Jewish opinion on given topics. So, using gun safety as an example, even if we're going to be encouraging legislation like the Red Flag laws, I don’t want to do that without having a conversation and an opportunity to educate about Jewish sources and how they relate to this issue.

AS SOMEONE TASKED WITH REPRESENTING ALL FOUR CORNERS OF THE JEWISH COMMUNITY, HOW DO YOU BRIDGE THE GAP BETWEEN THE DIFFERENT STREAMS OF JUDAISM, WHERE DIVERGENT OPINIONS CAN SOMETIMES LEAD TO CONFLICT?
I think for me, the the first step is just sort of getting to know the people around the table. You know, you're never going to make everyone happy, especially as we talk about the issues. People are just not going to agree. Once I get to know somebody— even if it’s someone I disagree with—once I've heard their perspective and where they're coming from and how they arrived with their position, then even at the end of the day I may still not agree with them, but at least I understand them and we can work together.

DOES THE FACT THAT, UNLIKE OTHER JCRC DIRECTORS, YOU WERE FIRST A PULPIT RABBI, HELP YOU IN YOUR WORK AT THE JCRC?
Obviously I'm new to the JCRC side of things. But, yes, I think that a lot of JCRC directors are sort of coming more from either the political world or the Jewish institutional world in different ways. As for me, I don’t think of myself as a particularly partisan person. You know, we're in a world where everyone has a platform to share their opinions all the time. But as a rabbi, I don’t see my role as just sitting there saying the same things all the time that you can hear on cable news. I look at the guidance that our tradition offers us for understanding the multiplicity of opinions. It’s very hard to say, “Oh, Judaism thinks X, Y or Z on this topic.” But you can say, ‘You know, let's look at our tradition and see what guidance we can glean and what sources we can use to understand the people who we're going to disagree with. Because those people we disagree with have perspectives that are also valid. So, it will be interesting to see how that plays out in the JCRC context, but my hope is that one of the ways that it plays out is that people across the community, even people holding different values and prioritizing different values and voting a different way still see our JCRC as a place that represents our interests, even if sometimes we might disagree.

SWITCHING TOPICS, LET’S TALK ABOUT JEWISH EDUCATION: I KNOW THAT’S ONE OF YOUR AREAS OF EXPERTISE AND SOMETHING YOU’RE PASSIONATE ABOUT. WHAT ARE YOUR THOUGHTS ON THE SUBJECT? DO YOU THINK THERE'S A PROBLEM IN WITH JEWISH EDUCATION TODAY? AND, IF SO, HOW DO YOU PLAN TO RECTIFY IT?
Jewishly, I would say absolutely we're not educating either our children or our adults sufficiently, and I think Jewish literacy is a huge problem. To the extent that I can use my role, both with JCRC and with the Center for Jewish Life & Living, as a vehicle to educate people in different areas. We want to educate about the diversity of our Jewish community, the different subsets of our community, and how this diversity is a strength when we think about how we approach issues facing our community and relationships with our neighboring communities.

WHEN I ASKED THAT QUESTION I WAS THINKING OF JEWISH EDUCATION IN TERMS OF CHILDREN—BUT YOU BROADENED YOUR ANSWER TO INCLUDE JEWISH EDUCATION WITHIN THE ADULT POPULATION. DO YOU FIND A LACK OF JEWISH EDUCATION AMONG THAT POPULATION A PROBLEM AS WELL?
Fortunately, we're in a community that values higher education—where people seek out opportunities to learn more, which is a beautiful thing about living in New Haven. And so, part of my role is also just trying to connect people with the educational opportunities that exist in our community. I’m just trying to serve as a clearing house, a connector, because actually there are a lot of opportunities, n through all sorts of vehicles, like the different synagogues and other local Jewish institutions. I’m trying to serve as someone who connects.

HOW DO YOU PLAN ON MAKING THOSE CONNECTIONS?
I’m fortunate to be working out of a building that has a lot of people coming through all the times: parents dropping off their children at preschool and summer camp; members working out in the fitness area. My hope is that, in my role at the Federation, we're helping to not just create our own programming, but really we're serving to lift up ask the Jewish community institutions offering educational programs. We see that as part of Federation: not to be competing but to be lifting them up, and then amplifying the work that they're already doing and making people aware of what learning opportunities are out there for them. I want to take advantage of the fact that we are a space that the people are naturally coming through, even if they're just coming to work out. We have the ability to reach people who might not be aware of the things that are going on in the broader community. So for now I’m just trying to get to know everyone and get to know what they’re doing. People should be on the lookout in the coming months for a lot of these partnerships because my sense so far has been that everyone wants to connect and partner with one another to bring more Jewish life. So that hopefully, my role will be in a lot of ways to connect people and institutions to involved more people in Jewish education.

The community is welcome to contact Rabbi Joshua Pernick at jpernick@jewishnewhaven.org