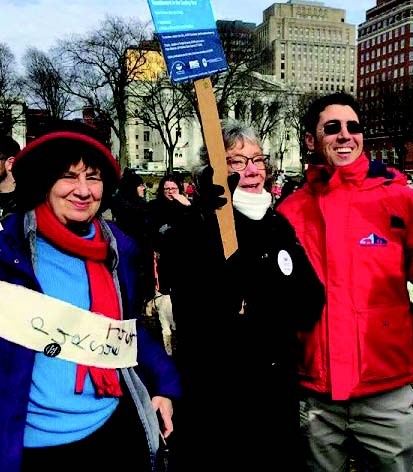 On the night of the presidential election, Nov. 8, Jewish Community Alliance for Refugee Resettlement (JCARR) welcomed a new refugee family from Syria.The parents and three young children hadn't slept in 50 hours. It had been four years since they fled civil war in Syria for Jordan, and just 16 days since their sponsors were confirmed. They did not ask about the election when they arrived in New Haven.

Moment Magazine recounts the story: "In the predawn hours, less than 100 miles away, Donald Trump ascended a stage in Manhattan and declared victory. When [Jean] Silk returned to the house the next day, the Syrian family knew. And on his first morning in America, Ali, 32, who speaks more English than his wife, asked a question: 'Are we going to be safe here?'" Read the rest of the story here.