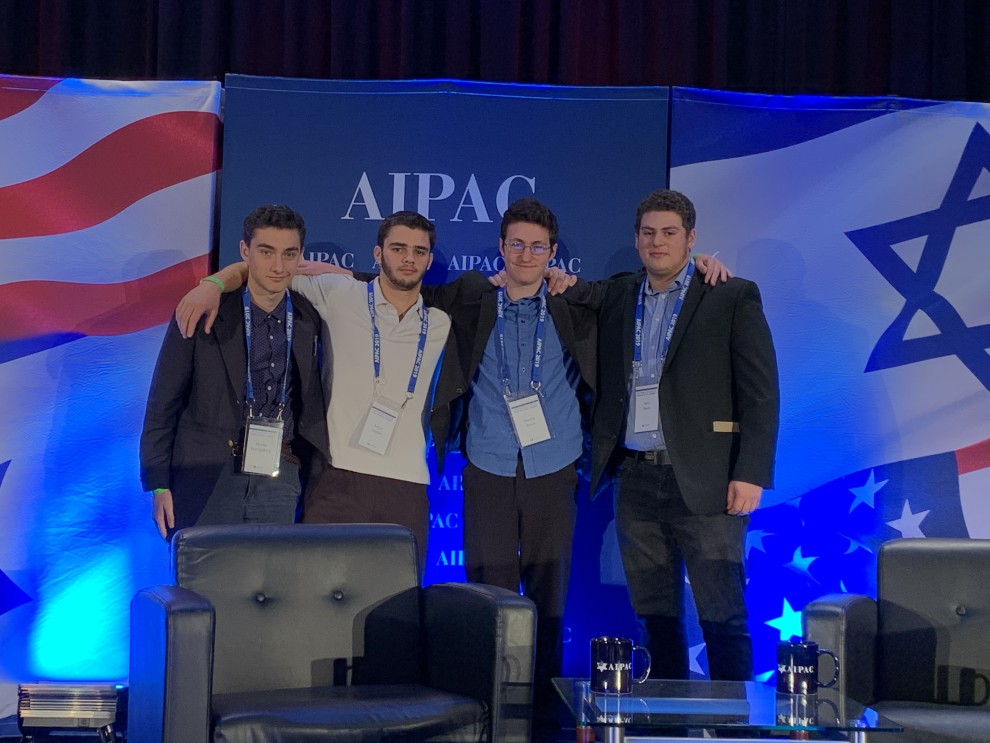 West Hartford, CT – Standing in front of Congressman John Larson (D-CT), the four seniors from New England Jewish Academy recently showed off the skills that they had learned at the Schusterman Advocacy Institute High School Summit the previous day. With this rare opportunity, Aaron Snyder, Moshe Gesin, Moshe Koenigsberg, and Yoni Gesin urged Representative Larson to continue to support security assistance to Israel, to recognize the threats posed by Iran, and to sign the letter from Congress pressing the UN to address the threat of Hezbollah in Lebanon.

The Summit, run by the American-Israel Political Action Committee (AIPAC), provided the four students deep insight into the advocacy process and into an understanding of how the issues affecting Israel directly impact America and its own interests. They heard from lobbyists, Middle East experts and college students on campus to better grasp the particulars of these issues as well as the environment on college campuses, which often veers strongly towards a pro-BDS, anti-Israel sentiment.

NEJA senior Aaron Snyder said that it was a privilege to help ensure that members of Congress continue to see the bi-partisan value of America’s relationship with Israel. His classmate, Moshe Gesin, added that it was also an invaluable opportunity to meet other high school students and to form a network of peers who all support Israel and are motivated to advocate on its behalf.

The Summit, which was limited to 400 students nationwide, included an extensive private tour of the House floor, direct meetings with members of Congress, a visit to the Speaker’s exclusive balcony overlooking the Capitol, and a sneak peek at the secret House dictionary.

The students couldn’t say enough about how impactful the three-day summit was: there is nothing quite like putting one’s learning into practice, especially at such a national level. “I am so grateful to represent NEJA and advocate on behalf of Israel,” concluded Moshe Koenigsberg.